You don’t know their life 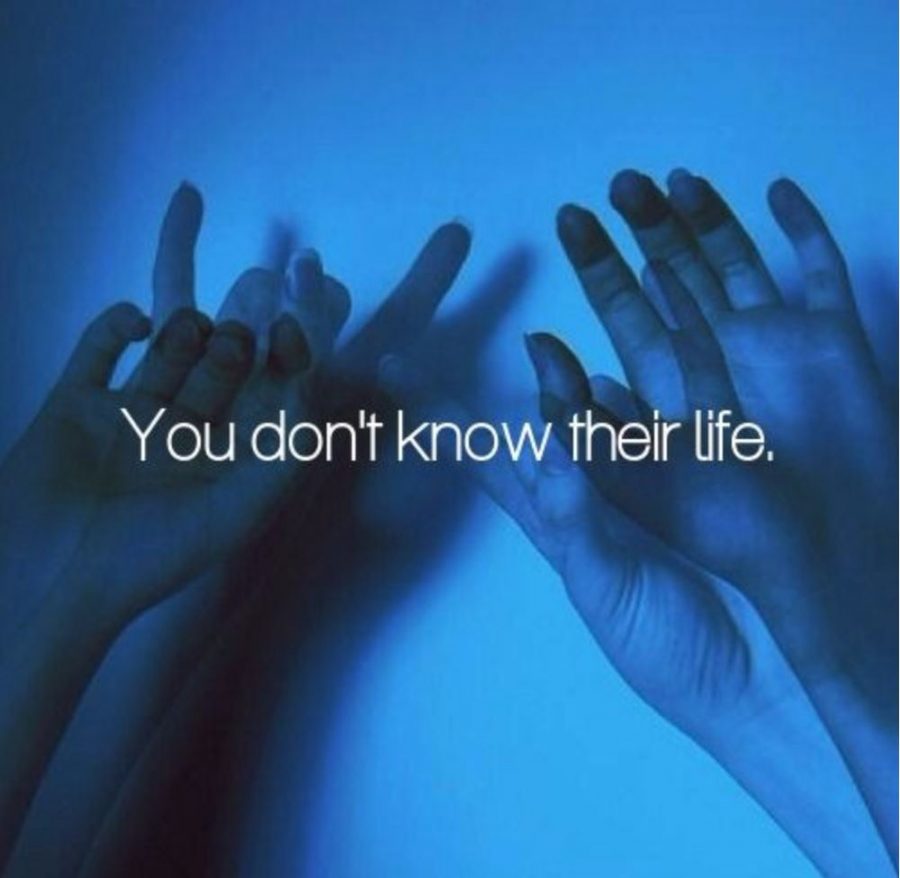 We need to stop using the phrase “other people have it worse.”

Telling someone they can’t struggle just because someone else has it worse is like telling someone they can’t be happy because someone else has it better. When you say “other people have it worse,” you really don’t even know that. Who knows? Maybe it is true. But that doesn’t change the fact that it’s just about one of the most crippling things you can say to a person. It forces them to build everything up inside themselves because they feel like their emotions don’t matter and nobody cares.

You don’t know their struggles.

You don’t know their life.

As much as you think you do, I’ll be the first to tell you, you don’t. Everyone has secrets locked up inside, secrets that can tear them up inside. You don’t know their life.

At some point in a human’s life, they must realize one key fact: everybody struggles. And, no, petty squabbles don’t count as a struggle. Everybody has very real struggles.

Frilly pink rich girls with one-track minds who supposedly have no problems at all only exist in Disney movies. Everybody has a struggle, regardless of their appearance, reputation, ethnicity, religion, grade, age, gender, sexuality; regardless of everything. Whether it has past or not, everybody struggles. Whether it’s as bad as your struggles or not, everybody struggles and it matters.

One thing a lot of the human race misses when they make this key realization is quite a small thing but it makes a rather big difference; everybody’s struggles matter. Just because you or somebody else may supposedly “have it worse,” that doesn’t mean their struggle doesn’t matter, and it will never excuse invalidation and forced internalization.

I implore you to, instead of invalidating this person, try listening to said person to figure out what they are going through and try to help them yourself or get them help. When you just brush them off, you are telling them that their feelings don’t matter to you or anybody else.

This context may be harsh, but your words are harsher. You can’t treat a person like that. It’s dehumanizing and invalidating.

On the topic of invalidation, to invalidate is to call another person’s feelings fake, unreal, or a ploy for attention. Even if you think they are acting, they might not be, and you could just be damaging them more. Please, if you’re going to say anything, sit down with them, talk to them, help them, treat them more like a human being and less like a face in the crowd.

You don’t know their life. You have no right to judge them or say things about them without knowing their pain. If you don’t want to help them or say something nice, be quiet.

Yes, this is harsh, but your words are harsher.

You don’t know their life.