Wonder provides a unique twist on a common story 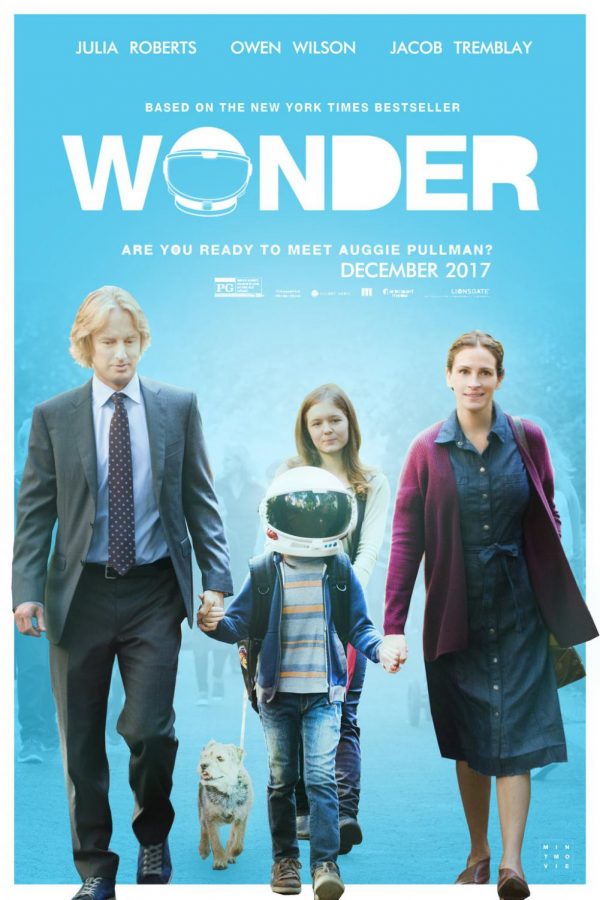 When mixing a love story, defying against societal norms, Daveed Diggs, Jacob Tremblay, and a family’s love into a single movie, you are bound to pull a few tears– or in my case, many.

In Wonder, August “Auggie” Pullman (Jacob Tremblay) battles the common middle school questions of “will they like me?” with more pressure than the average middle schooler. Auggie is different; he was born with major birth defects affecting his respiratory system and his face majorly, causing him to look different from the typical fifth grader.

Watching Auggie go from only facing people while wearing an astronaut mask to making a handful of friends and accomplishing more than he would ever know is an incredible story as is. His determination that shines through even in his darkest days proves to be something anyone could relate to, no matter what they are going through.

What really sets Wonder apart from other defying-the-odds movies is Auggie’s support system. Between his mom who drops everything out of unconditional love for him, his sister that loves him no matter what he does or how much attention he steals from his parents, and every other ring of the ladder that helps Auggie climb, it is nearly impossible not to shed at least a few tears simply out of pure admiration to the people sticking to his side.

Not only are the characters within the story excellent, but the actors behind them shine as well. With a cast chock-full of household names such as Julia Roberts, Owen Wilson, Jacob Tremblay, and Daveed Diggs, it’s no wonder that each and every character shines. With every subplot full of love, banter, and jealousy, it’s hard to think of how each character would be played if they weren’t portrayed by such big personalities.

Needless to say, Wonder is simply that: wonderful. Each message the movie portrays is done so elegantly and with poise. It wanders through a multitude of everyday problems in a unique way that doesn’t leave the viewer feeling like a movie they just watched last week.