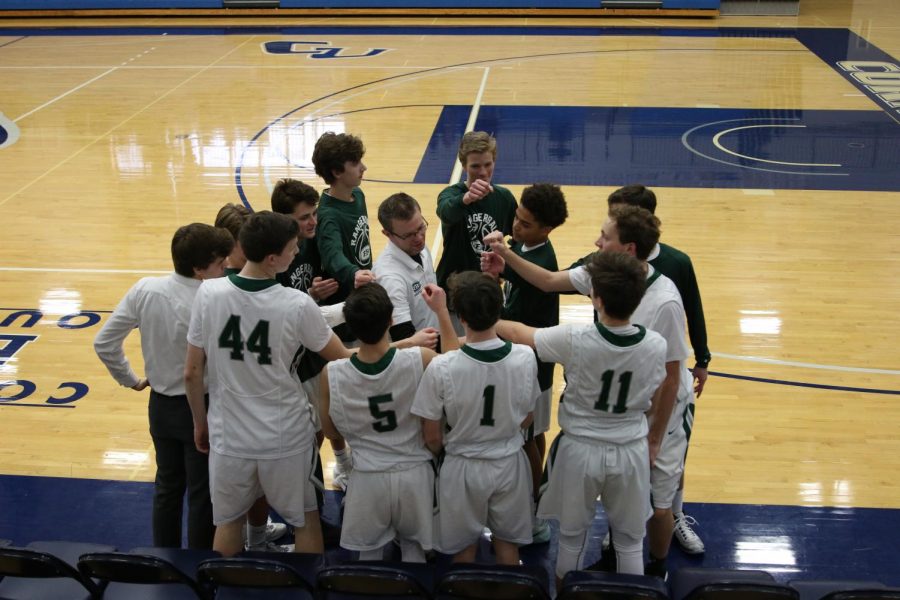 The final seconds of the game consisted of the ball being thrown in and out of bounds while the Rangers were doing anything and everything they could to score once more. The couldn’t, however, and lost the game 55-38.

The Rangers called two timeouts in the fourth quarter alone. The first timeout came with the score being 44-28, and was an attempt for FHC to get their heads back into the game. That didn’t work and Northview came back to score big time on the Rangers. The second timeout was with just 1:00 on the clock. FHC couldn’t put anything together as they fell to the Wildcats.

Despite the loss, the Rangers’ defense was improved from previous games.

It was 26-19 coming out of the locker room at the half with FHC down seven. Jonah drove in for a lay-up and got fouled, sending him to the line. Jonah sank his first shot but missed the second with Northview getting the rebound. Tommy then sent a Northview player to the line, moving him to three fouls on the night. Throughout the quarter, FHC had open looks but didn’t take advantage.

“I think we took a big step forward,” said sophomore John Corey. “But [the team] still has to work a lot on our offense and getting more opportunities to score.”

Although the loss was difficult, head coach James Telman was proud of the way his team stuck with their plan. Northview is one of the more difficult and talented teams in the conference and they did well defensively against them.

“Our boys stuck to the game plan that we planned out, that we had been practicing for a week,” Telman said. “Honestly for who this team is that we played against, I’m actually proud of how well we handled ourselves against them.”