How complaining contributes to unhappiness 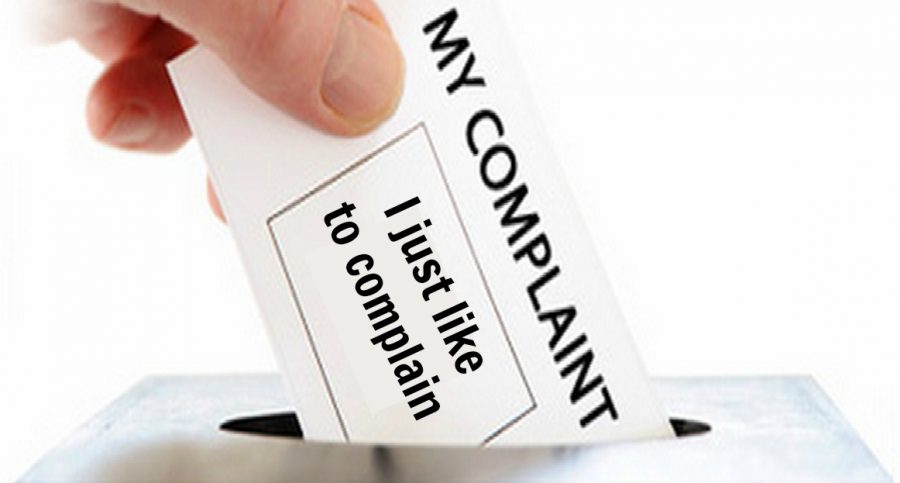 There’s a deadly pattern found in the habits of complaining. We all do it. It’s like it’s built into our DNA, our blood being composed of verbal disappointment and spoken unhappiness for our current circumstances.

I find myself as one of the worst offenders of the problem. It’s not that my situations or issues are all that large. It could simply be that I thought a test was hard or that I didn’t get as much sleep as I had wanted. I find myself discussing my distaste for these situations to anyone and everyone who will listen, and I think this domino-affect is a major problem. It’s almost like we feed off of other people’s moods.

I notice this a lot with tests. Whether or not we actually thought the test was hard, or whether we actually got a bad grade on it, we allow ourselves to fall into the trap of agreeing with whatever the person next to us says. If they said they thought the test was treacherous, it doesn’t matter what we ourselves think; we will automatically agree. If they say they don’t like a teacher for this or that reason, more times than not I hear people agree despite any regard for their own opinions. But what I can’t understand is why we do this.

It’s almost like complaining is addicting, as if our brain gets a high off of it. Which brings up the question: why? Some do it because they are actually upset, but if this is true, why go around telling people who are not your closest friends that you are in distress? Now, maybe this is just a “me” thing, but I don’t personally find myself telling others the actual struggles of my life, the ones people lose sleep over, anyway. No, the complaints mentioned are the ones that fit in the time span of quick comments, almost as if we just squeeze them in with enough time to get a sympathy reaction out of people. Then, we carry on with our lives.

So, this leaves us with the only other option: we like complaining, which seems like a “duha�� answer, but think about it. We like the sympathy, or even if you don’t, there’s something about people knowing about our distress that makes it slightly more bearable. I also find that it almost becomes a competition of who has had a worse day, which is absolutely dumbfounding. Why do we think in these terms? Our problems are not a competition. Shouldn’t we be encouraging one another to get through this rough patch instead of bringing ourselves and more misery into the equation?

So there it is. We like complaining. But this article would do no good if it only pointed out the obvious.

Like I stated earlier, complaining is a chain reaction. Something we do in response to what others are doing. If this is the case, positivity should work the same way. Think about it. If being negative is so addicting, but positivity is a sort of high, wouldn’t you rather be happy instead? I know it’s not that simple, but it all starts with a choice. A choice of instead of looking at all that could or has gone wrong, looking at the highlights. I think a lot of the time we focus far too often on the things that bring us down, rather than the things that have been there all along. Happy things don’t always make a ruckus. Sometimes they come softly, quietly sneaking. They are loud and obnoxious, and most of the time, they come out of the blue with little warning.

Happiness, or something good, is quiet, and so it is often missed. We have to choose to look for it. We have to choose to put down our mental notebook of complaints and start looking. No one ever found what they were searching for by sticking their head in a notebook full of themselves and their problems. Put yourself outside of your own wants and needs and unhappiness, and start looking at the others around you.

I believe happiness comes from others and what we can do for them. We need to stop focusing on our own negatives and stop complaining because in essence, complaining is a selfish response to our unhappiness. Caring about others: that’s the cure to the deadly mind-disease of complaining.