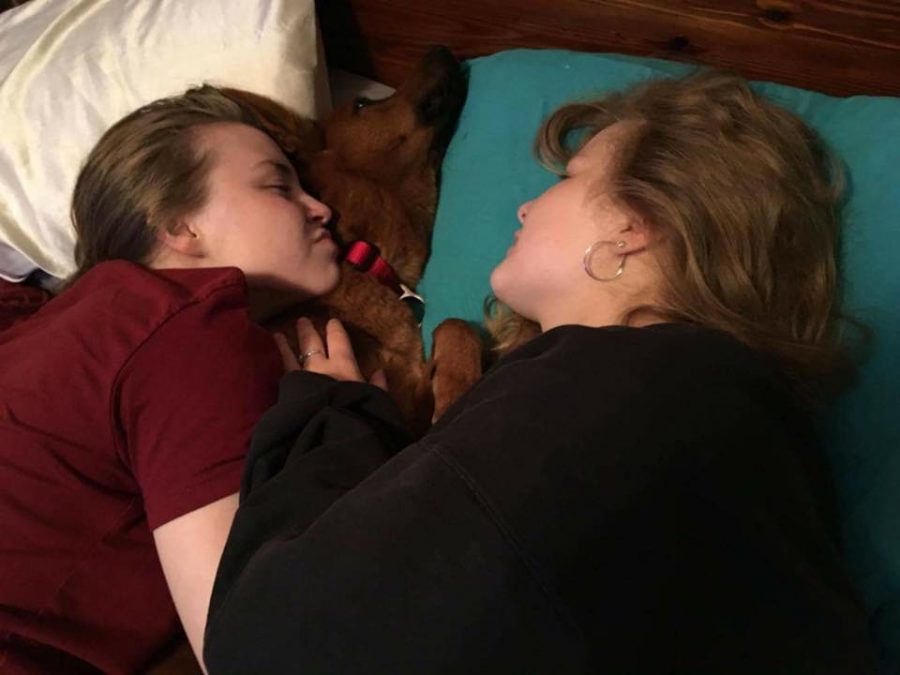 A liminal space is a place in the world where reality is slightly altered. The feeling you have when you’re in a hotel, an airport, a playground at night, a school building when no one is there, waiting rooms, staircases; the uneasy, on-edge feeling of being in one of these places makes it liminal.

The “get out” and “wrong” sense that these areas bring is freaky. It’s a fight or flight feeling, waiting for something to happen.

It is believed that these places bring this uneasiness because of the significance they hold in the world. They are areas that people are not supposed to be around in long; they insinuate that people are supposed to move on with their lives. Airports, hotels, waiting rooms, staircases; these are between places. A space where people’s lives are on hold; they are between the before and after. Playgrounds at night and school buildings when no one is there; these are places that you have a preconceived idea of what they’re like, loud and full of people with constant activity. If it’s not like that, it feels wrong. You are in a place where people don’t stay long. They are the “transition stages” of the physical world.

This feeling is what my life is like right now.

I am in a state of “get out, wrong, this doesn’t feel right,” and it is scary.

Over the holiday break, I damaged my car, and I had to figure out what to do. Do I pay the large amount to fix it, or do I invest in a new vehicle?

No matter which option I picked, I would still be without a car for at least a week. This didn’t seem like such a big problem until I realized that I have commitments that I am always able to comply with because I can get myself there, and I hadn’t had to consult with anyone before doing these things in a very long time. I could get to work an hour early and leave work whenever I wanted. I could go to counseling any time because I got myself there. I could do the things I needed to do without fail. I got used to my independence.

As a person who values independence and doesn’t let anyone do anything for her, this massive switch affected me on all levels, and none of them felt good.

My mom had to change her work schedule so that she could drive me to school in the morning. My friend drives me to work, but she has a life too, and there are things she has to do other than help me. My mom can’t be in two places at once for my sister and me, so she has to pick her battles.

This is the most awful feeling because I got used to not needing people. I could always do it myself. I didn’t experience the feeling of worrying about being an inconvenience anymore, of getting in the way of other people and their busy lives, I took care of my own business.

This feeling is a reminder of the time in my life between childhood and adulthood. Back when I was so used to needing people, I had no other choice and no experience of anything else. Then I was doing everything myself, and I didn’t remember what it was like to depend on others. But the middle years, the depending on people but wanting to do it for myself so that I didn’t have to inconvenience anyone anymore, wanting to get out and deal with everything on my own and nobody else already, was the worst period of my life. I was helpless, and I was waiting every day for everything to change. This period was long. It was exhausting. It was depressing and filled with anxiety, and I couldn’t remember that feeling until now.

Back when I didn’t have a job and my mom had to pay for everything, when I didn’t have a car so my mom had to drive me everywhere, when my mom’s calendar was illegible because it was so full of things I didn’t even know about, when I worried about money and gas and time every day because I wanted to bring the least amount of struggle on others as possible. I wanted to never need anything.

I didn’t make plans with people, I never complained, I didn’t ask for things, I ate whatever my option was. The money I had to handle by myself was stretched as long as it could, so I didn’t have to ask for it.

I lived and breathed to attempt to be the least burdening as possible.

It was the liminal space of my life, and I am currently reliving it and back to where I was as if nothing happened. As if I didn’t get a job, get my license, pay for everything I have, take care of myself because I could, and not concern anyone with my world because I could handle it alone. It’s like the last year hasn’t even happened, and I’m back to walking through halls on the edge so as to not get in anybody’s way.

I was so happy when I didn’t have to bother anyone anymore, when I was no longer a passenger, and it’s the hardest thing I’ve ever had to do to reminisce and relive what that is like.

Liminal spaces are terrifying. My liminal life is like living a horror movie, but it is temporary.

I will make it to the after.