Trump’s word ban has more dangers than we thought 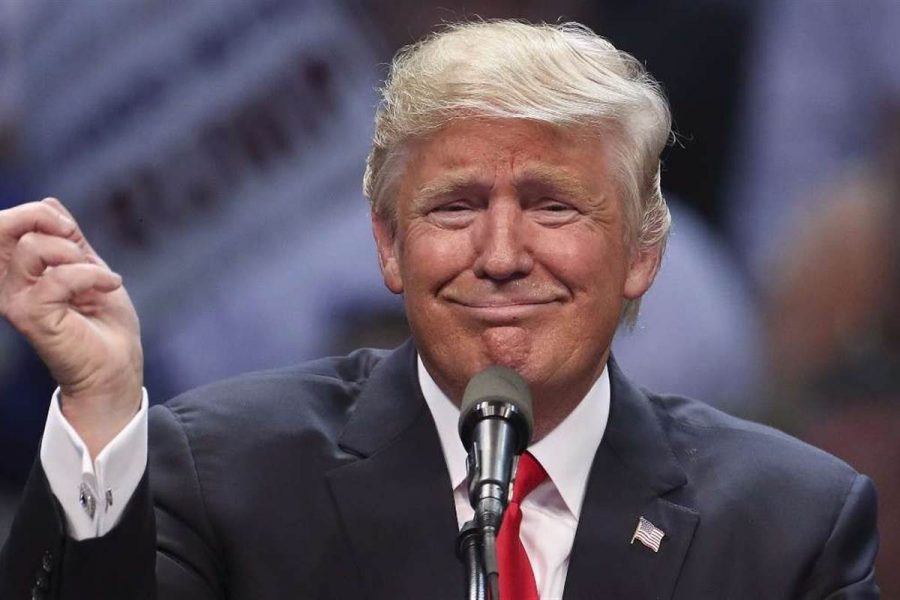 Christmas has just passed, and most of us still hold hearts of gratitude. Some, however, did not receive the miracle they had hoped for. Take, for example, the members of the Centers for Disease Control and Prevention.

In December of 2017, President Trump announced to the body of the CDC that certain words should be “banned.” The use of these words would be prohibited in official documents. These words include “evidence-based,” “science-based,” “vulnerable,” “entitlement,” “diversity,” “transgender,” and “fetus.”

While many have seen the word ban as immature and foolish, I think that it’s actually extremely virulent; this boyish act is both intentional and malicious.

These words are to be banned in official documents, including budget cases that the CDC makes to Congress and the Office of Management and Budget. When the CDC appeals for funding, it is not allowed to mention anything “science-based” or “evidence-based,” even though it is supposed to do scientific research and gather evidence on disease control.

When the CDC needs money to help the people of the world fight disease, it’ll be almost impossible to plead its case. This will make it a little difficult for the CDC to do its job, won’t it?

Many diseases that the CDC studies have to do with pregnant women and children. How will the CDC investigate the Zika virus and publish studies on a cure if the words “fetus” and “vulnerable” are banned?

Some argue that the word “fetus” is banned for reasons that don’t have to do with disease. Rather, it’s banned because of a hotly debated issue between conservatives and liberals: abortion.

Since President Trump represents the conservative platform, he wants to promote the Pro-Lifers; the banning of the word “fetus” will help humanize the addressed zygote in any official abortion document, thereby making it harder for liberals to defend their position.

I find it appalling that someone can try to silence a group of people by banning words at the core of their cause. It matters not which side is right; when there are two sides to an argument, each team should be able to play fairly.

Trump seems to be avoiding the discussion of other heated issues as well. The word “transgender” is banned. The Trump administration has already shown hostility toward the transgender population of America, even forbidding them to join the armed forces.

Trump uses healthcare costs of transgender people as an excuse for his actions, but he has no evidence to back it up. The military spends over five times as much on Viagra for non-transgender men as it does on any sort of gender-confirmation treatment or therapy for transgender people.

By banning the word “transgender,” Trump is merely trying to move away from accepting everyone for who they truly are.

This is also seen in the ban of the last two words, “entitlement” and “diversity.” One cannot deny the existence of something by removing its label. Diversity exists not only in America but all over the world.

It exists not only in humans, either. There is diversity among plants, animals, protozoa, bacteria, fungi, viruses– you name it. Banning the word “diversity” will only hinder scientific progress to better understand life on this planet and beyond.

But by getting rid of the word “entitlement,” these issues cannot be addressed in a way that will help promote equality. The American Dream is one of hard work and prosperity, but the system is rigged against some that do work hard for the country.

In fact, it is rigged against many ethnic groups that are encompassed and represented by the population’s diversity. We cannot get rid of words like “entitlement” and “diversity,” because simply ignoring the issue will not solve it.

Trump’s word ban has to do with official legal documents. This means that the words are still allowed in everyday talk between laypeople like you and me, but the conversation will never reach the governmental level.

The people who make the rules won’t be able to address certain issues.

Policymakers can’t fix the wrongs of society that have to do with racial discrimination if words like “diversity” and “entitlement” are eliminated.

American tax money will be directed toward funds that have nothing to do with helping minority groups. The words that allow for equality are gone. The crucial conversations-the conversations with policy-changing power- won’t happen.

Trump’s word ban has been compared to Newspeak, a made-up language featured in George Orwell’s novel, 1984.

In this dystopian novel, human speech is limited. Though it shows a more extreme version of banning words, the potential dangers are real. The 1984 word ban results in the limiting of human thought. A person cannot even think about something that goes against governmental policy without being arrested.

While we are not at that stage yet, we need to be wary. The implementation of a real-life Newspeak can happen gradually.

If this continues, we’ll wake up one day and be afraid of even thinking with certain words. One can only imagine how scary that would be. We can only hope that- if that day comes- we’ll at least have enough words to describe our fear.