Finding myself and trying to let go 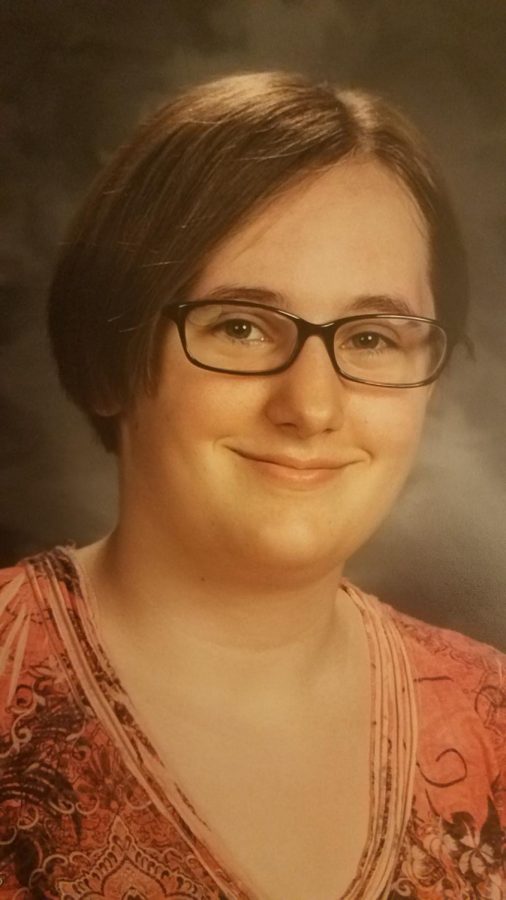 Most freshman can agree that the first year of high school is a difficult change. It’s a new building with new teachers and the idea that at the end of high school there is a big daunting gate to an uncertain future. Thankfully, most of us are not alone. I started freshman year with a handful of friends. I thought we would be close forever. I was mistaken.

I was never the one to take initiative when it came to planning anything social. It was always my twin who would invite them over, and organize activities. I merely went along for the ride. I can hardly remember how it happened– if it was gradual or all at once– but I began to drift away from them. I began to feel unwelcome. Even at the time, I knew that it was indeed my own fault. I realized that I was content with being alone. That doesn’t mean it didn’t hurt. For a long time, I refused to accept the fact that the bonds I once had were nothing more than a threadbare string stressed to a breaking point. When I finally tugged too hard, the string snapped, and I was left adrift.

I adapted to the solitude. I was content to be alone but only when my seclusion was not prominent and obvious. When summer break came to an end, I was once again in the place where I felt the most alone. I could face it in class, but there was a place where I could not escape it. The lunchroom. If being by myself was socially acceptable, it wouldn’t have been an issue. Unfortunately, I was too embarrassed to sit alone. I found a small group of people that I was somewhat familiar with and sat down. At first, I was quiet and ate my lunch in relative silence. That silence didn’t last long.

There was hesitation, both from myself and likely from them, as is common when dealing with people we are not completely familiar with. But they welcomed me, and what once was lost was suddenly my comfort and my rock again. I opened up, and I began to regain my confidence. I began to join in conversations and moved past my awkwardness. I had forgotten the joy of having close friends. My bleak outlook on life turn around, and I was now optimistic.

Something they saw only as a natural acceptance of me meant more to me than words could express. No matter what happens between the four of us, I will always be eternally grateful for what they did for me. I may not have been perfect, still being a sophomore who had yet to find herself, but none of that mattered.

I was awkward. I was hopeful. I was happy.

My junior year was easier– not because I had close friends but because I knew I didn’t need that same attention. I had friends, and I was more comfortable speaking to others overall. At last, I didn’t crave social interaction. It didn’t mean that I didn’t enjoy it, as I did, I just no longer felt the need to be validated by other people. I was at peace with myself, and I was truly content in my solitude. I was drifting, but I was no longer lost. If I became lonely, I would simply grab onto a thread and pull myself up for a while.

I was still a little awkward, as I’m sure I always will be, but I was okay. Friends became less of a concern for myself, and my attention turned to other things. There was something in front of me, something that I had been ignoring my entire life, and something I only really saw in freshman year. A gateway feared by many students was suddenly growing closer, and I wasn’t sure I was ready to cross it. So I pretended not to see.

Even when teachers and counselors and parents and family continued to remind me, I would always turn away from the uncertainty of the future in favor of focusing on the present.

I was peaceful. I was content. I was troubled.

I stand beneath the gilded gateway that leads to a dark and uncertain future. Peering out into the ether, I see a countless number of choices to be made. The past three years I spent finding myself led me to this, and while I am wiser in both how I think and how I view myself, there is still so much of which I have to learn.

While many seniors are ready to take the leap into oblivion and continue through this maze called life, I hesitate. I feel safe here, where I have learned so much about myself. I choose a college and a major, still unsure as to whether or not they are what I want but still finding comfort in how familiar they are.

There is wisdom in knowing my own ignorance. I feel a false sense of calm as I once again shove aside any decision for the future. They linger in the back of my mind, as I pretend not to see the gateway hanging above me, or feel the cold claws of time tugging at my feet.

I am not unhappy, though. I am privileged to have such a relatively peaceful life and to live with my well-off family in a well-off community of wonderful people. It’s the fear of losing this life that makes me so anxious. Why would I want to give this up? When I finally go, will I be happy? Life is both forgiving and unforgiving, and a decision I make now could easily hurt me later.

When I look back on my three years, even if they were hard then, I can’t help but be grateful. They’ve shaped me into the person I am now, and I’ve grown up a lot. I feel attached to this and who I am. Who will I become when I go? Will I even like the person I become? The uncertainty is suffocating and is something I am discontent to talk about.

The threads I was once familiar with, the bonds I cherished, are pulling further away. Who knows when, or if, I’ll ever see them again. A sense of sadness washes over me as I think of saying goodbye, but at the same time, I know that life goes on. After all, I have already learned that while you may lose some people, other people will arrive and fill that place.

Soon, time will pull me past the gate and into the unknown, and my feelings on that are undecided.

I am wiser. I am ignorant. I am uncertain.