The pressure to look perfect is a growing issue among teens 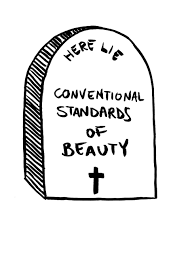 “You look better without makeup.”

“She needs some meat on her bones.”

“Just saw a man with the longest, greasiest hair ever. Ew.”

Yes. These are all real quotes from Twitter and other various corners of the Internet. Over the years, social media usage has increased and so has the sharing of opinions. A recent trend occurring not only on the web but in person is individuals feeling the need to comment on others’ appearances. There’s a new kind of pressure that plasters perfect humans everywhere in a ubiquitous way.

Young girls all over the world are being pressured to grow into the ideal woman and transform themselves to look more desirable. This stress isn’t healthy, and girls are given unrealistic expectations on how they should look.

“If you’re over a certain weight, you can’t wear this.”

“If you just gained a few pounds, you’d be so much more attractive.”

“If you wear makeup, you’re fake.”

You can’t win. Everyone feels the need to insert their own opinions onto others. These opinions are vicious and hurt everyone, and honestly, they really aren’t necessary.

But it’s not just girls.

Boys also deal with the pressure to alter their appearances. It’s just in a way that is more subtle but just as damaging. Our society has begun to put so much pressure on boys to look and dress a certain way, similar to the treatment girls have endured.

It’s the same story and same pressures for everyone.

We need to stop thinking that it’s healthy to change just to please others. It’s not okay if your friends tell you, “You’d be so much prettier if you just wore makeup” or “If he just grew a few inches he would be perfect.”

Some people are not in control of their body build, their height, or the way they look. And that’s okay. It’s not okay to criticize people for how they look both naturally or unnaturally. We all need to accept and support how people want to appear to the world.

Honestly, the root of the problem lies within teenage girls. Girls are so critical of their peers’ appearances because they’ve been criticized plenty of times prior by others. It’s a vicious and ruthless cycle that needs to stop. Just because you’ve been told to change, doesn’t mean you have to. It also means you don’t need to pressure the people around you to change as well.

Our society needs to stop putting pressure on individuals to make changes for others.

If you want to cake your face in makeup, do it. But do it because you like wearing makeup, not because you were told you were ugly without it.

If you want to wear no makeup, do it. But do it because you want to, not because someone told you makeup is unattractive.

If you want to alter your eating habits, do it. But do it for your own personal health, not to please others.