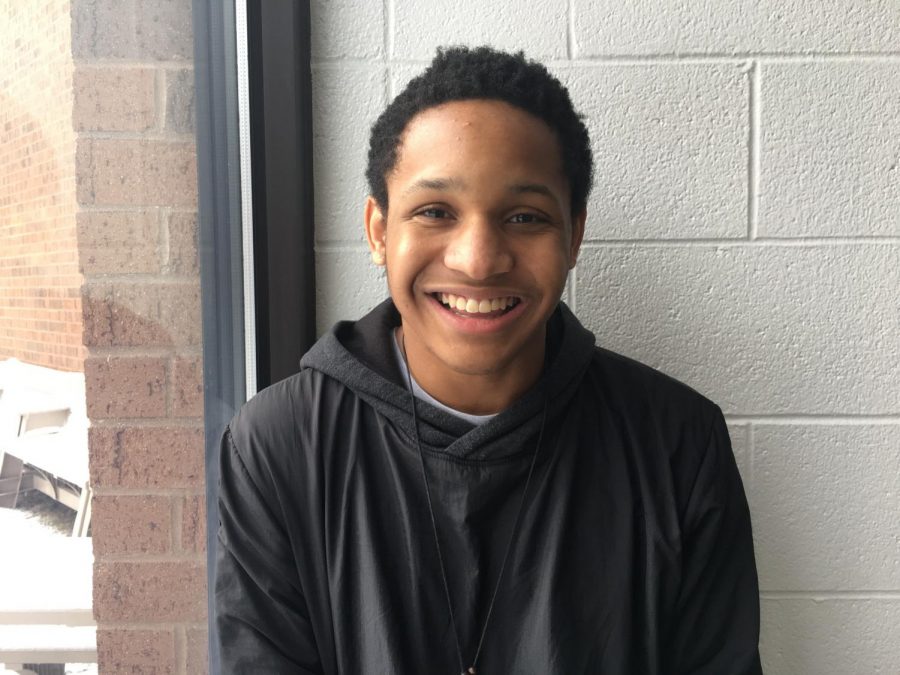 Love is becoming rarer and rarer these days. Despite this, junior Breezy Rusher has filled the halls of FHC with love as he strives to provide others, sometimes before himself.

“My counselors have told me before that I’ll do so much just to make someone smile for the day that sometimes, I forget I have my own problems to deal with,” Breezy said. “Even though it’s something I struggle with, I have to remember to stop, take a breath, and take care of my problems first before I go help someone else.”

Breezy’s involvement with the Global Learners Initiative Club (GLI) has contributed tremendously to his love and desire to help others, but it has also taught him important lessons about respect.

“GLI has taught me how to accept and tolerate differences,” Breezy said. “It taught me that even if I may not agree, I still need to be respectful of a person’s faith, ethnicity, sexuality, gender and things like that because everyone has feelings and thoughts. Sometimes people take the burdens they face at school or at work home with them.”

Fighting against issues such as diversity is a passion of Breezy’s. Another passion of his is to push himself to do better, which he does with track and field.

Track has taught Breezy the quality of endurance while he’s making it through times where he is physically and mentally tired. These feelings often urge him to quit, the thought of quitting track and field has come into Breezy’s mind often, but he finds himself always coming back.

Breezy isn’t quite sure about what he wants to be in the future, but he hopes to make a change and pursue his interests in humanity and the human mind. That is why he has considered becoming a teacher.

“A good teacher can make someone’s day, or make someone’s lifetime even,” Breezy said. “Becoming a teacher that teaches you life lessons and how to make it on through the world would be great to do.”

No matter what Breezy ends up doing, there is no doubt that he will be making a change in the lives of others.

“I’m just one of those people that wants to contribute [to the world] — not just to me personally, but to society,” Breezy said.