The belief in the supernatural, ghosts, spirits, etc. lies within the walls of FHC 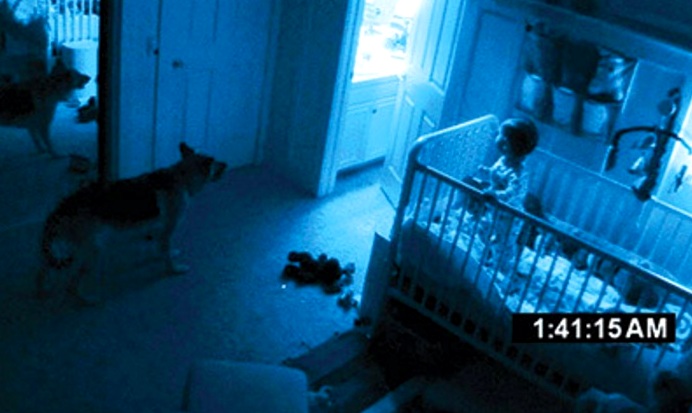 Depending on the beliefs, superstitions, and experiences of people, it is not uncommon for others to believe in the supernatural. However, there is a large stigma around the belief because of how it’s portrayed in the media, so many are wary to state that they truly believe.

But for some students and staff of FHC, they are brave and secure in their beliefs enough to admit that they do suspect and have experienced some of it for themselves.

Some have experienced the positive side, others the negative, but both have convinced them of the existence of spirits or ghosts.

“I don’t believe in ghosts, per se,” safety liaison Daane Spielmaker said, “but I definitely believe that there are presences of people from your past that have deceased– friends, parents, relatives, influencers in your life.”

Spielmaker has dealt with the more positive side of the supernatural.

His father has passed away recently; he thinks about him a lot– almost every day. But sometimes it’s more than that; he feels as if his father is right there in his space.

As well as his experiences with his father’s presence, he discussed a specific time three or four days after his best friend died years ago.

“I wasn’t thinking about him at the time, and then all of a sudden he popped into my mind,” Spielmaker said. “I leaned back, looked up, and this shooting star went past. To me, it felt like it was at treetop level. It was so weird that it seemed so low. I just went, “Oh my god.a�� I feel like that was him saying, “You’re good.a��”

Some spirits are seen to have good intentions as Spielmaker encountered, and some are simply mild-mannered.

Senior Hannah Kos does not personally believe in ghosts or spirits, but her entire family is thoroughly convinced.

“We sold it about 12 years ago,” Hannah said, “but my family used to have this big house in northern Michigan. It had been in my family’s name and passed down for a really long time. There were relatives that had died after living in or being connected to it for a good chunk of their lives. “

Hannah grew up hearing of her family experiencing unrested spirits in this house and telling stories, but she was only five-years-old when they sold the house.

Her family told her of specific rooms that had belonged to people in the family before they had died, and when they would enter the room, they would get waves of that person’s special smell. Not simply the scent of them and their room, but as if they were next to them or walking past.

They told her about opening linen cupboards to find sheets of the prospective rooms inside and getting waves of chills through their bodies as if the people were with them making the beds.

“I was too young to experience it,” Hannah said, “but my whole family believes this is true. My whole family will sit on the ground, light a candle, and just talk about it. Then afterward, for the next week, I’ll hear my mom and her brother on the phone, and she’ll tell him about this dream she had, and my uncle will finish it. It will be the exact same thing– word for word. My grandpa will send an email telling her that he had this really weird dream, and will verbally send the same dream my mom had had the night before.”

Hannah hasn’t experienced any of it herself, but the complete faith of her family and the dream situation makes her question the possibility of their existence.

Between the positive and the mild-mannered, there isn’t a lot to fear in terms of the existence of supernatural beings.

However, when it starts to get dark and freaky, people often resort to disbelief.

For senior Keefer Silverstein, who has experienced the supernatural in an uneasy sense and is dismissive of his many, many stories, the presence of spirits is very real to him.

From the time he was in 7th grade, he has heard a voice whisper his name from time to time. He never thought anything of it; it is normal to hear things. But it was always loud enough to get his attention. He started hearing it even when he was alone, when he had earbuds in, and he would hear it from behind him even when leaning up against a wall.

“It hasn’t really gotten real until recently,” Keefer said. “What happened was, Sam Meek, Brendan Wendlandt, and I were having an overnight at my house, and we were just sitting watching a movie. I heard it again, my name, not a big deal. But here’s the strange thing, for the first time ever, all of a sudden, Sam turns around and starts looking. Then he starts doing it more frantically. I ask him, “What?a�� and he says, “Keefer, I don’t mean that I imagined it, I mean someone 100% said your name behind us.a�� So I explained to him my story, and he was like, “Alright, well, I’m leaving.a�� and he left my house.”

Keefer had never had another person acknowledge the voice he’d heard through his adolescence, and at this point, he started to believe he might not be imagining the things he experienced.

He has a video from when he was a young filmmaker of him recording, and in the background, you can hear someone laugh behind the camera. A deleted recording of his that scared him far too much– documenting someone clearly saying his name twice while he was home alone.

Keefer has had things thrown at him while he was alone in his basement, he has seen a truly terrifying figure in front of him in his driveway and ran inside, but his most real and scary anecdote discusses an interaction between him and his beloved baby cousin.

His family stayed at his house this past Thanksgiving, and his cousin, Nolan, was going to sleep in his room. Keefer went upstairs to his room to say goodnight, and Nolan wouldn’t look at him.

Nolan’s mom told Keefer about how the baby hates that room, he cries and points at the same corner in his room in front of his bed. He tried to get Nolan’s attention since he wouldn’t look at him, which is not something he’d never had a problem with, so his mom made him look at him, and Nolan screamed in terror at the sight of Keefer.

“I just decided that I was going to leave, she was going to put him to bed soon anyway, and it was clear that I was disrupting,” Keefer said. “So I go to leave, I open the door, and Nolan starts freaking out, pointing at the door, and moves his finger over to the corner as though I let something into the room. The room was cold. I just leave, and a little bit later she comes into the basement with the baby. I told her that I thought he was going to bed, and she said that he wouldn’t stay up there. He kept pointing to the corner and saying he wanted to go downstairs.”

Keefer says that if things get any worse, as a Christian, he won’t hesitate to get religious help to abolish whatever is following him.

Every interaction of Spielmaker, Hannah’s family, and Keefer’s with spirits is thoroughly different, but valid in their own existence. Whether positive, negative, or mild, the reality of spirits is something worth questioning.

“To me, it’s a specific feeling,” Spielmaker said. “I don’t know if it’s us bringing it on ourselves or what. It doesn’t feel like a coincidence or deja vu, it’s something more.”