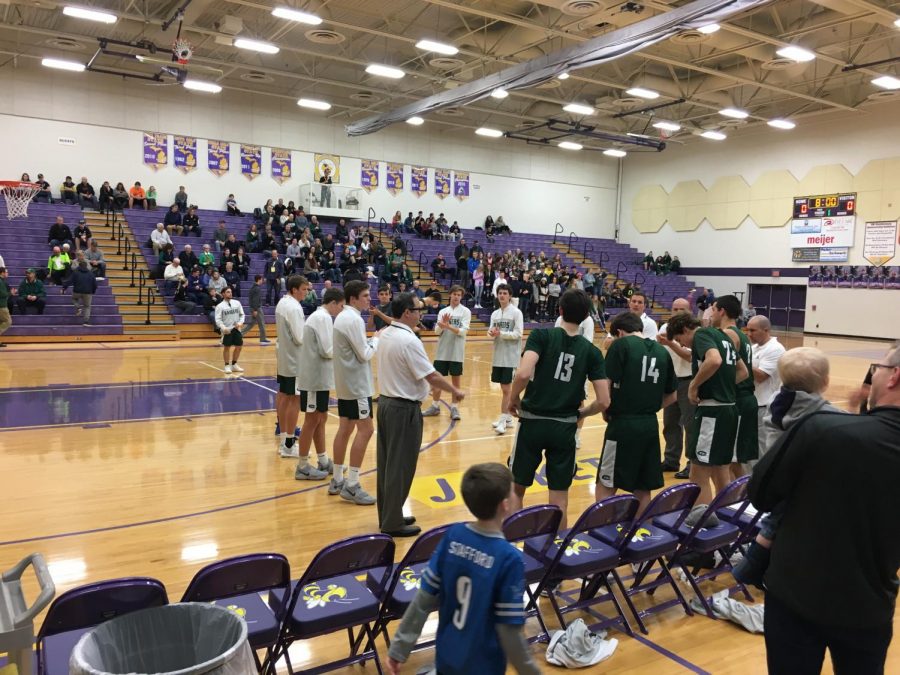 The dynamic sophomore duo of Mitch Wilkinson and Jimmy Scholler led FHC over Greenville for their fifth straight win: 83-52. Combining for 25 points and 11 assists, the two were far too much for the Greenville backcourt to handle.

With 11 of his 17 total points coming in the first half, Mitch came out ready to shoot and gave an early spark to FHC Friday night.

“It worked out well tonight for our offense when we would drive,” Mitch said. “Jimmy would kick, Ryan would kick, Ty would kick; it would always be open. After that, I just had to knock down the shot.”

“I’ve had a lot more confidence and I’ve been able to shoot the ball a lot more lately,” Mitch said. “My teammates have helped me with that by getting me open and giving me good passes.”

Jimmy normally is able to have big games from beyond the arc himself. Tonight, however, he picked up 10 assists on top of his eight points. With an increased role at the point guard position, his presence is becoming more and more important as FHC dives into conference play.

“Everyone was just wide open on the zone,” Jimmy said. “They were late to get there sometimes, and RD is a great scorer under the basket. If you find him he just finished everything.”

Coming off of one of the best first-half performances in head coach Ken George’s history, there was an underlying expectation that all games would be like that the rest of the year.

“Not our best performance,” George said. “I think it’s hard to duplicate what we just did the other night in terms of our pace and things like that. There was a little feeling from our guys that that’s how we were going to be every game, and it’s just pretty hard to do.”

Despite forcing 24 turnovers and holding the Yellow Jacket attack to under 15 percent from beyond the arc, it still wasn’t their best defensively.

“I don’t know that it was our best defensive performance for sure,” George said. “The end score looks like it was, but I don’t think we executed some of the things that we usually do. On the flip side though, very happy offensively. Some guys shot the ball well, Mitch making big shots early on, Ryan Dunn and Andrew Tebeau really shared the ball well and Ty made some shots there for a stretch too.”

FHC will have a pair of OK white matchups next week in the Cedar Springs Red Hawks and the Lowell Red Arrows. With the first two wins under their belt, FHC looks to build on their two 30 plus point victories already in the conference.

“Guys found me tonight, and I got hot early,” Jimmy said. “It was a really fun game and a good win for all of us. We struggled in our man defense, but there were [also] a couple bad calls. Things happen though, and we just have to get better. Offensively we’re doing great right now, so we’ll just get ready for Lowell and Cedar and take it from there.”