Through Buddy Up Tennis, Courtney Fox learns about encouragement 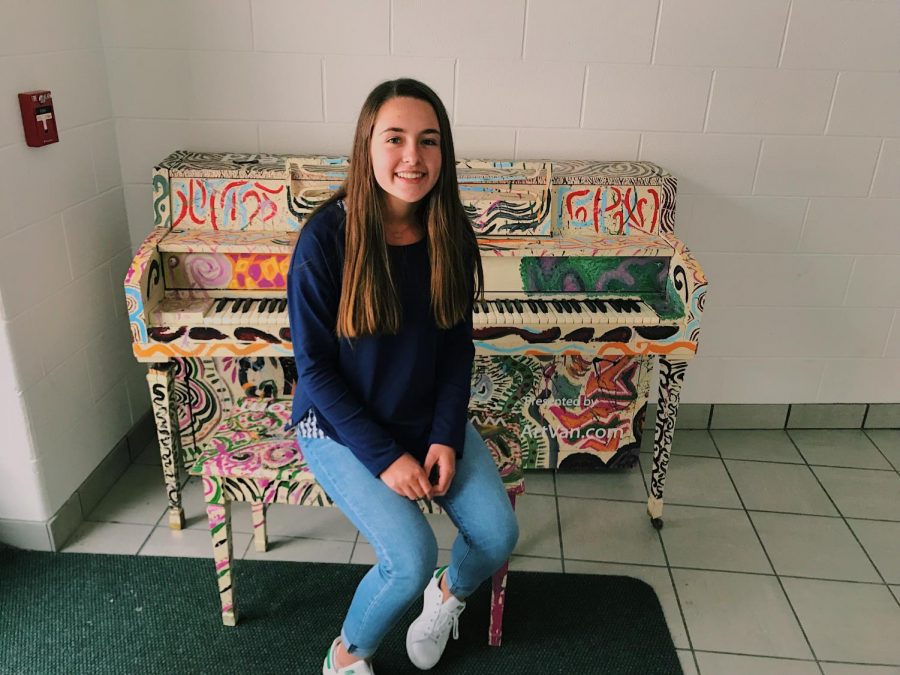 Ninety minutes to give it all you have. Conditioning, instruction, and most importantly, fun occurs weekly at MVP Crahen. Every Saturday morning, sophomore Courtney Fox dedicates her time to volunteering and being a “Buddy” at Buddy Up Tennis. Through this unique experience, she has learned to encourage not only herself but those around her.

Courtney is involved with several activities that keep her busy. On Tuesdays, Courtney commits her time to the math club that meets after school. Here, she and other members work on all sorts of different problems to deepen their understanding of math. On top of doing that once a week, she plays tennis three times a week at MVP.

Courtney has been playing tennis for many years. When she was in 5th grade, she started to play for fun. However, as she grew, she began to take the sport more seriously. In 7th grade, Courtney started to play tennis more competitively. Courtney credits her family for getting her into tennis. She “followed in [the] footsteps” of her mom and older sister after watching both of them play.

A unique opportunity that presents itself because of her tennis experience is Buddy Up Tennis. Buddy Up Tennis is a program where tennis players can feed balls and exercise with kids who have Down Syndrome. Courtney became involved with the program this November and now plans to make a bigger time commitment to the program. This upcoming session, Courtney hopes to go every single Saturday throughout the rest of the session.

Courtney believes this new experience she has now is unique and unlike any other programs she is involved with. A big part of the program is having fun with the other participants at Buddy Up Tennis.

“All [the participants’] different personalities [are so fun],” Courtney said. “They’re all so different, and sometimes, they’re really funny.”

The program is fun, but that isn’t the reason Courtney chooses to commit so much time to a great cause. Courtney has learned a lot about not only herself but others through Buddy Up Tennis. She also credits that the program helps her become a more informed person about children with disabilities.

“The most rewarding part of the program for me is seeing that I have the ability to encourage someone to keep working hard, so they don’t give up,” Courtney said.

Encouragement has become a key part of Courtney’s personality. At Buddy Up Tennis, she is able to put her personality to work to help everyone there.

“Any kind of positive encouragement can keep [participants] going and keep them focused,” Courtney said.

“At school, if there’s someone who’s struggling, just saying something that’s positive can help them out and help get them back on track,” Courtney said.

Buddy Up Tennis is a beneficial experience for all who participate. Courtney has the meaningful chance to touch many lives around her. She has found that she has been able to grow both herself and the others around her by participating in the community.

“It impacts me the most as a person by just getting me involved in our community,” Courtney said. “By being involved, I find myself learning more about different parts of the community [I wouldn’t have otherwise].”