Competitive cheer struggles over the weekend 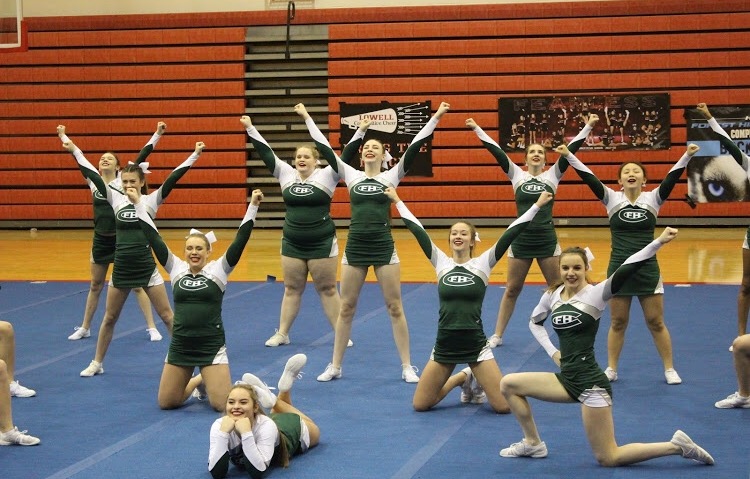 On Monday, the competitive cheer team yet again was at Comstock Park. This competition was smaller, only having seven teams attending. Against Kelloggsville, Catholic Central, Thornapple Kellogg, Pewamo West, Grant, and Comstock Park, FHC placed fourth. The girls scored 210.7 points in round one, 186.84 points in round two, and 255.3 in round three. The total score for the team was 652.84 points.

The team is missing three strong cheerleaders due to injury and the school trip to Florida. This challenge meant that the team had to change all three rounds to fill their spots. Junior Dora Pomeroy and sophomore Elizabeth Hoving had to learn and compete in round one, senior Remy Tittel and junior Brooke Betz had to go into round two, and freshmen Emily Broom and Hannah Cunningham went into round three. These changes impacted the rounds negatively, but the team hopes to perform better in its next meet when they have the full team back.

Competitive cheer has its next competition this Saturday at Rockford high school. The competition starts at 10 a.m. and the admission fee is $5.