Saturday’s Random Acts of Talent is sure to wow audiences 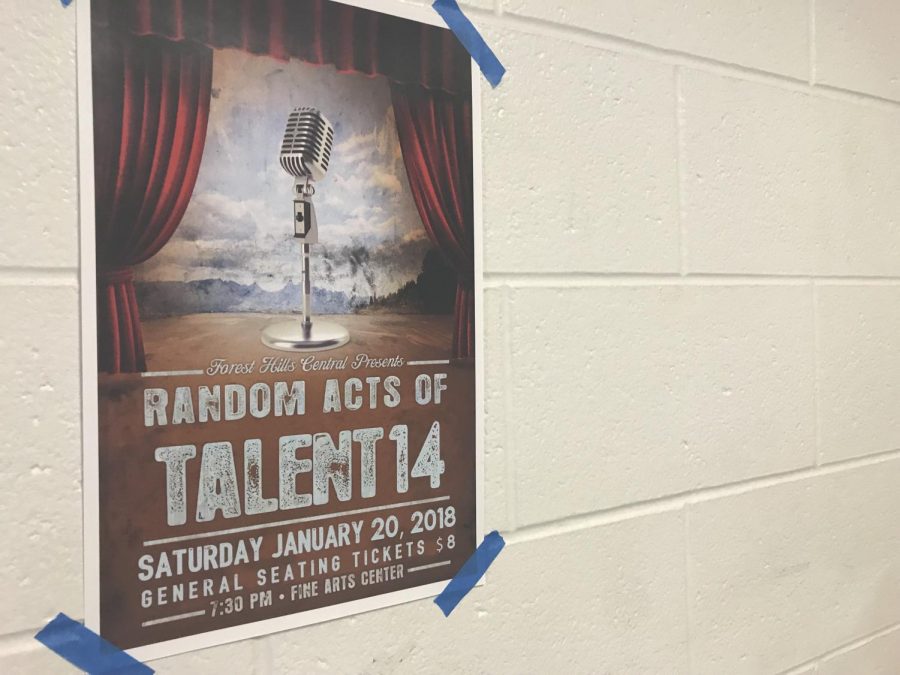 This coming weekend, the usual excitement is absent as the dark shadow of exam stress takes its place. In hopes of providing ample relief, FHC Theater program is holding its annual Random Acts of Talent show this Saturday.

“People should come see the show because it will give them a break from studying for exams,” senior and student director Kaley Kaminski said, “and it’s very inexpensive for a fun night of going out.”

Kaley believes this year’s show will leave audiences in awe of FHC’s hidden talents, even more so than in past years.

“This year will 100 percent be different than anything ever before,” Kaley said. “[There’s] a lot of unexpected creativity and differences between the acts.”

Most notably, this year’s show promises of more mischief than usual with the threat of an elusive FHC alum plotting to destroy the show.

As for the acts themselves, audiences have much to look forward to, including the first-ever senior girls skit.

“There’s the first-ever senior girls act,” Kaley said. “So instead of the traditional senior boys group, this year it will be a senior girls group doing something fun. So that will be super exciting and cool to have.”

Another girl group already receiving preliminary buzz is the double dutch group, The Hot Chili Steppers, an act that has been in the making for four years.

“Ever since freshman year I have been talking about starting a jump roping team and competing in the talent show,” senior Emma Yoder said. “It was kind of a joke at first, but [seniors] Sarah and Emily Obermeyer- my cofounders- and I decided it would be a fun way to get a bunch of people together and just have fun.”

As a result, audiences have been awaiting this performance for quite some time.

However, the ten girls have put in ample amount of effort in order to live up to expectations

“I’m hoping [The Red Hot Chili Steppers] holds up to the standards that it was talked about for so long,” Kaley said. “I’m excited to see how it will carry out because they have put in so much time and energy and blood, sweat, and tears so that it’ll be the best it can be.”

“[Gretchen] has a whole new list of songs and sounds that she’s perfecting,” Kaley said.

“I feel like my performance is going to go great,” Gretchen said. “I love beatboxing, so I’m excited to go out on stage and show people my talent.”

As a whole, the repertoire of talents to be showcased is quite diverse; everyone is sure to find something they will enjoy.

“We have a very big variety,” Kaley said. “We have people who will hula hooping, dancing, singing, playing different instruments. There is one group that will be two people playing the same instrument.”

“[This year’s performers] are raising the standards for the upcoming years of RAT performances,” Kaley said.