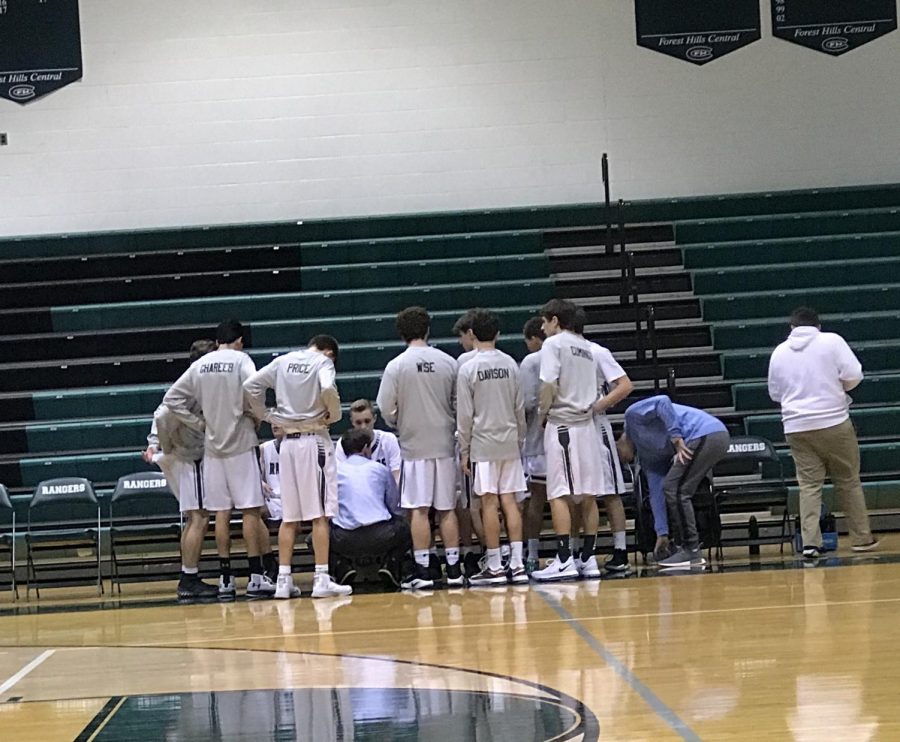 Cam David and the freshman boys basketball team took care of business once again Tuesday night. They kept their win streak alive with a 55-24 beating of the Cedar Springs Red Hawks. With games against opponents that struggle, FHC used last night as a growing experience and an opportunity to attack the basket with numerous different scorers.

Freshmen Cam David and Isaac Ghareeb led the Rangers with eleven points each.

“Overall I thought the game went really well, and it was fun to watch and fun to play,” Cam said. “My teammates and I went out and took it to Cedar. We started off pretty well, which was nice because then everyone got to have a little more time on the court.”

Matthew Mahoney had a great night while he boxed out efficiently and grabbed seven rebounds. He also added two blocks and four points. Maguire Mahacek also played exceptionally well on defense and on the board with five rebounds.

“I thought I played very well on defense, but offense was a little iffy though,” Maguire said.”The team really played well which made it a fun game. We had a great day on defense with a lot of steals and blocks that led to numerous fast-break points.”

“I thought we did a good job of stopping the ball and our transition to defense was pretty good overall,” Banner said. “We weren’t attacking the defensive rebound as much as we have been in the past, but we reduced gambling on defense a lot and that helped us.”

With tougher games ahead, Banner was happy to see his team come out with the same intensity that they need to play with.

“When you play a weaker team it’s hard to get your energy up for them,” Banner said. “It can go one or two ways: you can use it to still do what you do and play at a high level, or you can come out flat knowing that you don’t have to give it your all to get the win and take a step back. I thought we took some steps forward but we didn’t play as well as I was hoping, where we have the urgency and energy.”

Practice continues to be tough every day for the Rangers as they turn to focus on their conditioning and their offensive looks in preparation for Lowell on Thursday.

“The team is definitely taking matters into their own hands now. They are starting to mesh way better than before,” Banner said. “We have been working on getting the team to work together and make plays together which has led us to perform better offensively. Everyone’s starting to get a feel for each other and learning where people are going to be on the court, definitely a positive.”