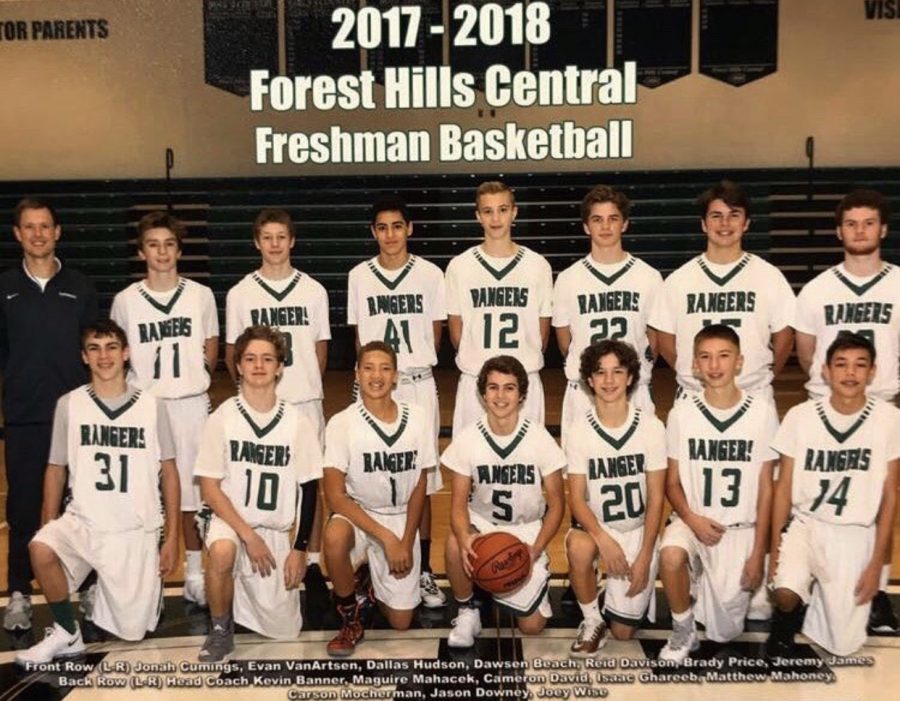 With another win under its belt, the freshman boys basketball team is now 8-2 after a huge win over Lowell. At the end of the first half, the score was 28-25 and the Rangers kept the lead for a final score of 58-46.

Having an easier game earlier in the week, the Rangers started out sluggish and struggled to get the ball up the court. The Rangers struggled so much in the beginning that coach Kevin Banner pulled all of the starters. The fresh lineup caused a great spark and led the team to the 28-25 lead.

Throughout the second half, the pace picked up. The boys started to work together and put together their plays. They realized that they needed to dig deep to get the win and the momentum swung in FHC’s favor in the second half.

Freshman Dallas Hopson led the team with 12 points and 3 assists and freshman Joey Wise had 11 points and 7 rebounds. Freshmen Carson Mocherman and Matthew Mahoney, playing stellar defense, racked up 11 rebounds and 4 blocks between the two of them.

Looking ahead, the Rangers play Ottawa Hills next Tuesday and look to continue their winning streak.