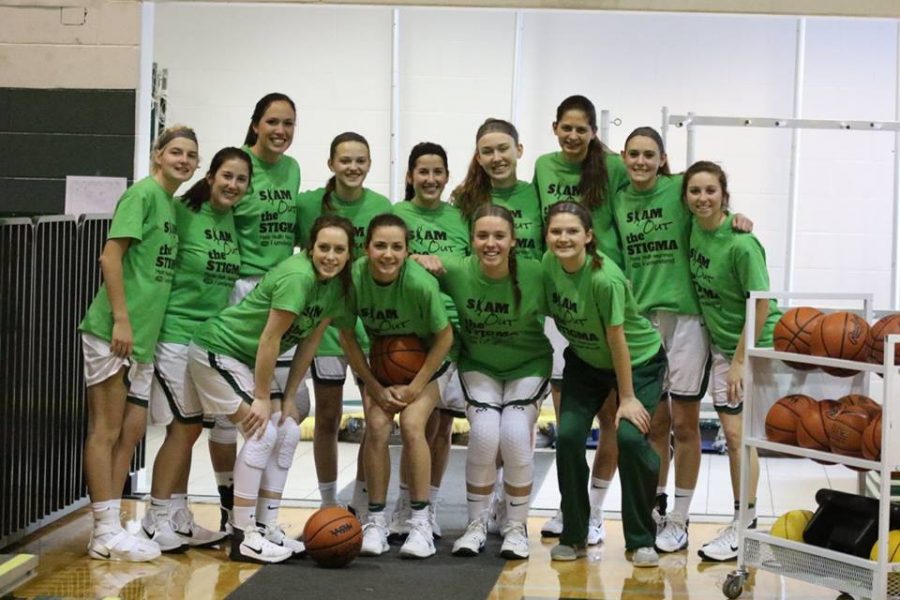 Senior Madi Winter was a spark for the Lady Rangers on offense once again last night, but they fell to the Lowell Red Arrows 50-32. With 14 points and a perfect free throw percentage in last night’s game, in addition to airtight defense on the Red Arrows’ point guard, Madi was a big performer.

Lowell jumped out early and controlled the first quarter completely. After a 14-0 scoring run, Madi and junior Claire Baguley had two free throws apiece to put the score at 14-4 at the end of one. The Red Arrows held the lead and all of the momentum. The Rangers started to come back in the second and closed the gap to 6, as FHC went to the locker room at half trailing 20-14.

In the second half, the Rangers came out hot and motivated as they trailed by only two with three minutes remaining in the third. Lowell was able to extend the lead at the end of the third, however, to put the score at 32-26. In the fourth, the Red Arrows couldn’t miss a shot and extended their lead continuously throughout the quarter, leading to a final score of 50-32.

While this loss puts the Rangers at 2-2 in conference play, this game was about more than the opponent or the victory. Captains Claire and senior Emma Yoder organized this game to be a charity game for mental health awareness. All of the money raised selling T-shirts and other products, as well as in the 3-on-3 basketball tournament the players organized for FHC students, went to the foundation “I Understand” to help people who have lost loved ones to suicide and struggle with mental illnesses.

“It’s just awesome that they know there’s things bigger than high school and the game,” said head coach Kristina Prins about her players organizing such an honorable event.

While FHC did not come out with a victory, the efforts put into this game were overall successful.

“It was really nice to play today just because it was more than playing a game, more than just playing basketball,” Emma said. “We were playing for a cause, playing for a reason and mainly just playing to raise awareness for mental health, which is something that people in our society don’t really like to talk about.”