FHC wrestling continues to improve in the OK white 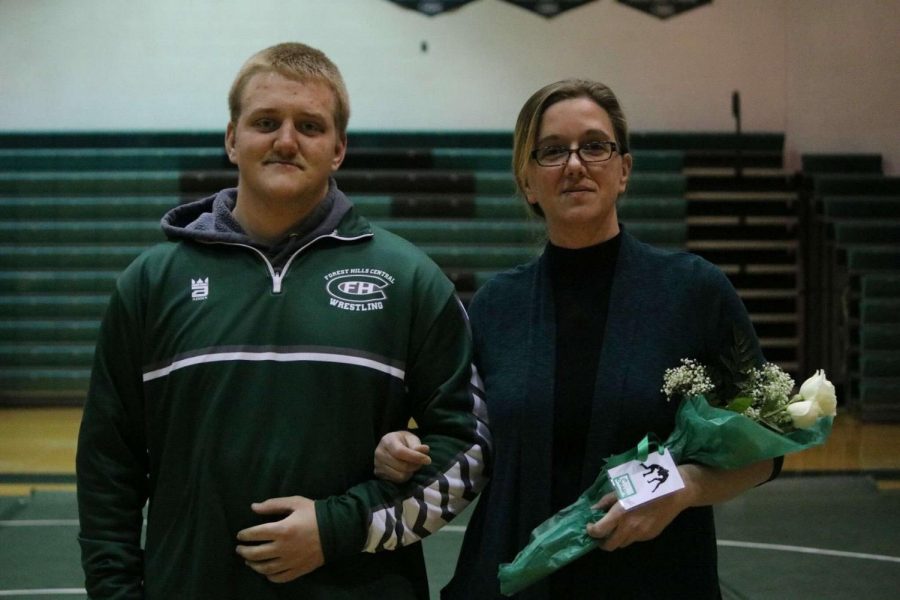 Head coach Brad Anderson’s first dual as a head coach was in 2005 against Greenville. FHC, at the time, lost 83-0. This was a wake-up call for Coach Anderson that FHC had a long way to go as a program, team, and the community of wrestling. Friday the 12th, FHC took on Greenville and won with a score of 51-29. This was an important win for FHC because it demonstrated how far the team has come.

One of Coach Andersons best friends is the head coach of Greenville, showing the rivalry runs deep. Coach Anderson believes most of the team did their job, but the team had a couple of upsets. They lost in weight classes they should not have. Coach Anderson felt Juniors Shaun Brown and John Samsell stepped up in a big way for their team. The team always has their hammers like Seniors Keegan Moore and Adam Heneveld.

“Winning against Greenville wasn’t just another OK white dual,” said Coach Anderson. “It was a big program win because we caught a team who has been State champions, always a tough team in the OK white, and we finally got them. That was a big night for FHC wrestling.”

The team lost to Lowell 51-13 on Saturday, but then beat Northview. Lowell is currently ranked 40th in the country. Coach Anderson liked the way his team wrestled against Lowell. The younger guys stepped up and wrestled against top-notch competition. Coach Anderson respects Lowell’s program and what they do. It will be a change for the team to try and rise to a higher expectation.

Over the last weekend, FHC hosted the Rangerbrawl. Coach Anderson has been hosting the round robin tournament for the past 10 years. With these matches taking place at FHC, there is a great opportunity for FHC to succeed on the home mat.

Senior Reece Davis found this success over the weekend. He came out for the team as a senior and has not wrestled since the 8th grade. He went 4-0 at the Rangerbrawl and placed first.

The Rangers record is 13-5 on the year after these matches. The team has two wrestlers ranked right now, one being senior Keegan Moore. The younger guys just need to hang on and find their success.

The Rangers next tournament is Feb. 2. It will be hosted at Lowell High School and is an OK White tournament and will start at 5 pm.