JV basketball picks up their fourth win in thrilling fashion 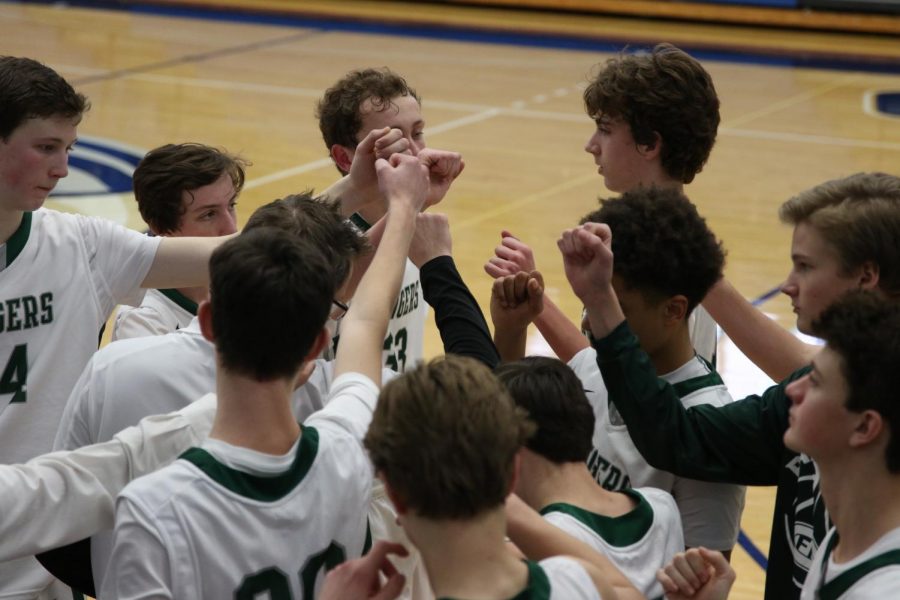 After a hot first half from sophomore shooting guard John Corey, the Rangers were able to close out a 58-55 win over the Wyoming Wolves. The Rangers found themselves tied up at 32 at the half after a high scoring first quarter from both teams. In the second quarter, John knocked down a few triples and the 1-3-1 zone defense gave Wyoming trouble. It was a fast-paced first half with a lot of one-on-one takes from the Wolves. The Rangers switched it back to a zone, which was the key to slowing them down and preventing the one-on-one takes.

In the second half, it was a dogfight. Freshman Jonah Spates took over and finished with a game-high 28 points. The Rangers have had trouble putting together two good halves this year, but Tuesday was different. At this point in the season, they are getting more comfortable in tight games and pressure situations. On the last trip of the game, Wyoming got a few good looks, but couldn’t get one to go. For the Rangers, their third win couldn’t have come at a better time. With the second round of conference play coming up, they needed a confidence boost. To beat a team like Wyoming is just that boost they needed.