Lily Martin experiences high school through leading and helping others 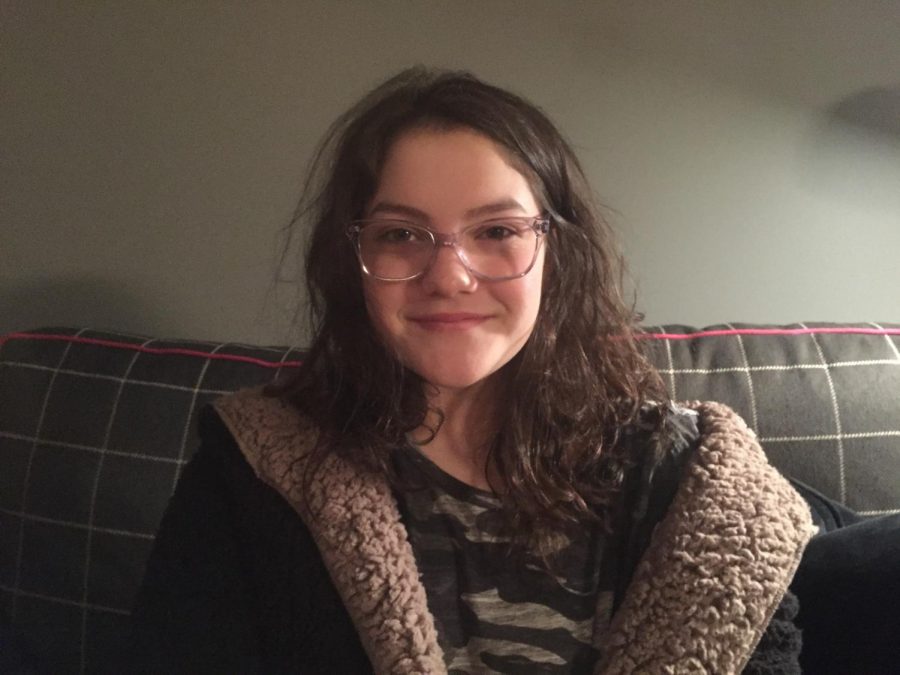 “I’ve always been naturally a leader,” junior Lily Martin said. “I feel like kids think they need adults to accomplish something, but kids are just as good of leaders and can accomplish a lot of things on their own.”

Lily takes initiative in everything she does. Lily is a member of the Ambassador Program for Children’s Healing Center, the Youth Action Board at Kid’s Food Basket, the E-Board in Model UN, and the debate team.

Even though Lily has been involved in volunteering and other community activities prior to high school, it was debate that grew her roots as a leader. Lily joined debate freshman year after taking debate as a class. While debate is a rather misunderstood club, Lily finds it to be very beneficial for a wide variety of people.

“I think debate is a great skill to have because it helps with your public speaking, it helps with research, and it makes you more intelligent,” Lily said. “You learn to not just argue, and you see two sides.”

While in her first year of debate, Lily began to have a growing interest in politics. Lily got to debate several political topics and saw her opportunity to thrive.

“I’ve always been really interested in women’s rights, and I have really strong opinions about that,” Lily said. “[Debate] introduced me to the whole political world. In debate class freshman year, we were kept really updated when everyone was running for president. That kind of sparked my interest in politics.”

This political exposure influenced Lily to join Model UN sophomore year. She loves the class, and she enjoys discussing politics in this environment.

“I’m a very vocal person, and I have very strong beliefs,” Lily said. “[Model UN] is a way to express your beliefs in a more educated way.”

After getting exposure to Model UN her sophomore year, Lily joined the E-Board her junior year. In this position, Lily takes on a large leadership role. She and the other E-Board members help plan and lead the classes. Throughout her experience in Model UN as a leader, Lily has learned more about compromise and finding solutions.

“I’m more understanding of people’s views now,” Lily said. “It used to be so black and white to me, but now I feel like even if I don’t agree with someone, I can see where they’re coming from.”

Aside from Model UN and Debate Team, Lily is a regular volunteer. She is on the Youth Action Board at Kid’s Food Basket, and she is a member of the Ambassador Program for Children’s Healing Center. In both of these positions, she helps raise money and awareness for both of these causes.

“I just love kids, and I love being around kids, so this gives me the opportunity to,” Lily said. “[Kid’s Food Basket and Children’s Healing Center] keep me humble, I guess. It’s a good thing to put your time towards.”

Kid’s Food Basket is a well-known organization in Grand Rapids. They help provide meals for kids in need. On the Youth Action Board, Lily helps plan fundraisers for Kid’s Food Basket. She meets once a month to help plan and organize these events.

“With kids that are sick, people don’t ever really think about the fact that a lot of the time, they can’t go to school,” Lily said. “They don’t get to live normal lives. They can’t play outside, they can’t join soccer teams, they can’t have sleepovers; so, this gives them the opportunity to interact with other kids that are similar to them. They understand what they’re going through. They get the chance to have fun and forget about their illness.”

Upon taking this position on at Children’s Healing Center, she has learned not to take her personal health lightly.

“I’m such a healthy person, and we take that for granted a lot in our society,” Lily said. “With these kids, they would just kill to be able to go to school. A lot of us are healthy, and we take our health for granted.”

With all of her community involvement, Lily has begun to develop into a great leader. She plans on continuing to give back and grow through her volunteer opportunities. Lily believes that helping in the community can help improve everyone’s lives.