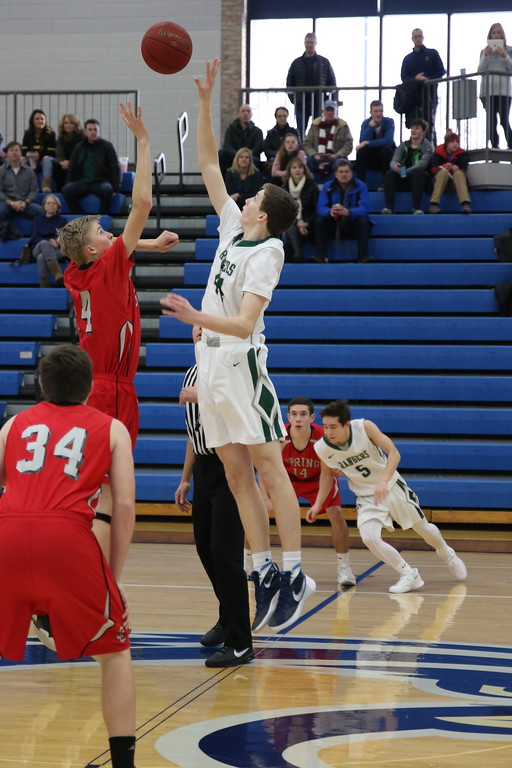 The Rangers fell 60-37 to the East Grand Rapids Pioneers Thursday night. In the first half the Rangers held their own and locked up on the defensive end. 6’3 sophomore Jay Wiener was active at the back end, consistently contesting and changing shots. The Pioneers had a lot of size that became a problem for the Rangers on the glass. 6’5 freshman Jacob Ervin gave the Rangers a good post presence with some buckets down low. Sophomore John Corey kept the hot hand and knocked down shots to keep them in it for awhile.

In the second half, turnovers became the Rangers’ worst enemy. There were some sloppy plays that turned into Pioneer buckets on the other end. The Rangers move to 4-9 after the loss, but they look to pick a couple wins up in conference play next week against Northview and Greenville.