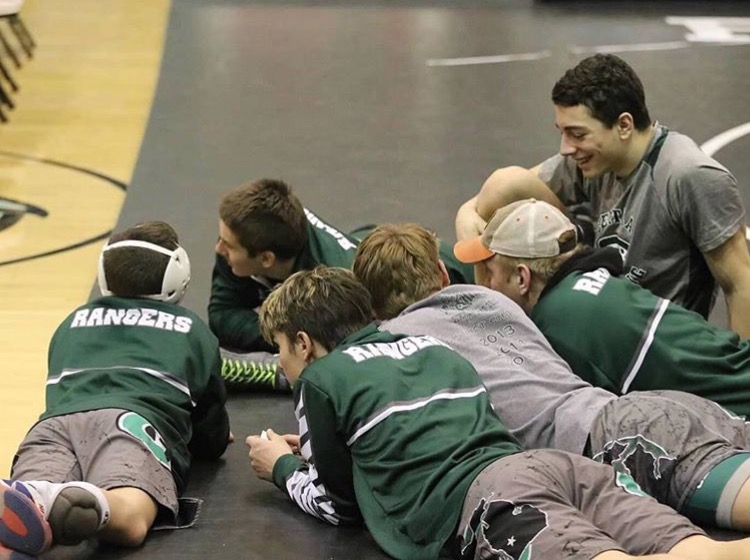 On Friday, FHC wrestling went to the OK White individual conference wrestling tournament at Lowell high school to compete against Lowell, Greenville, Forest Hills Northern, Cedar Springs, and Northview. Senior Ian Able took first place which gave him the title of Conference Champion; the only champion for the Rangers that night.

Ian received a bye in his first round and went straight into his semi-final match. He was able to get a two-point takedown right off the bat, but his opponent got a one-point escape. Ian won with an end score of 3-2. In Ian’s intense final match, he went into overtime with a score of 4-4. He made the first move with a headlock to win the final match and become a Conference Champion.

The other Ranger wrestlers that placed were seniors Trace Schirmers at heavyweight, Seth Udell at 215 pounds, Keegan Moore at 189 pounds, Isaac Torrey at 171 pounds, and Nolan Ott at 152 pounds, who all placed second.

Trace’s opponent in his semi-final round was the same opponent he lost to on senior night earlier in the season. This match was extremely important for Trace and he dominated the match to win 8-2. In Seth’s semi-final match, he and his opponent hand fought in the beginning. His opponent took a shot, but Seth sprawled and was able to circle around. He then was able to cross face cradle him for a pin. Keegan was also able to pin his opponent in the first period of the semifinal match.

Some of the underclassmen placed as well, with freshmen Mason Childers at 112 pounds in third and Caden Jacobs at 103 pounds placing fourth. Sophomore Wyatt Engler at 145 pounds placed fourth as well.

The Rangers have team Districts Feb. 7 at Rockford high school.