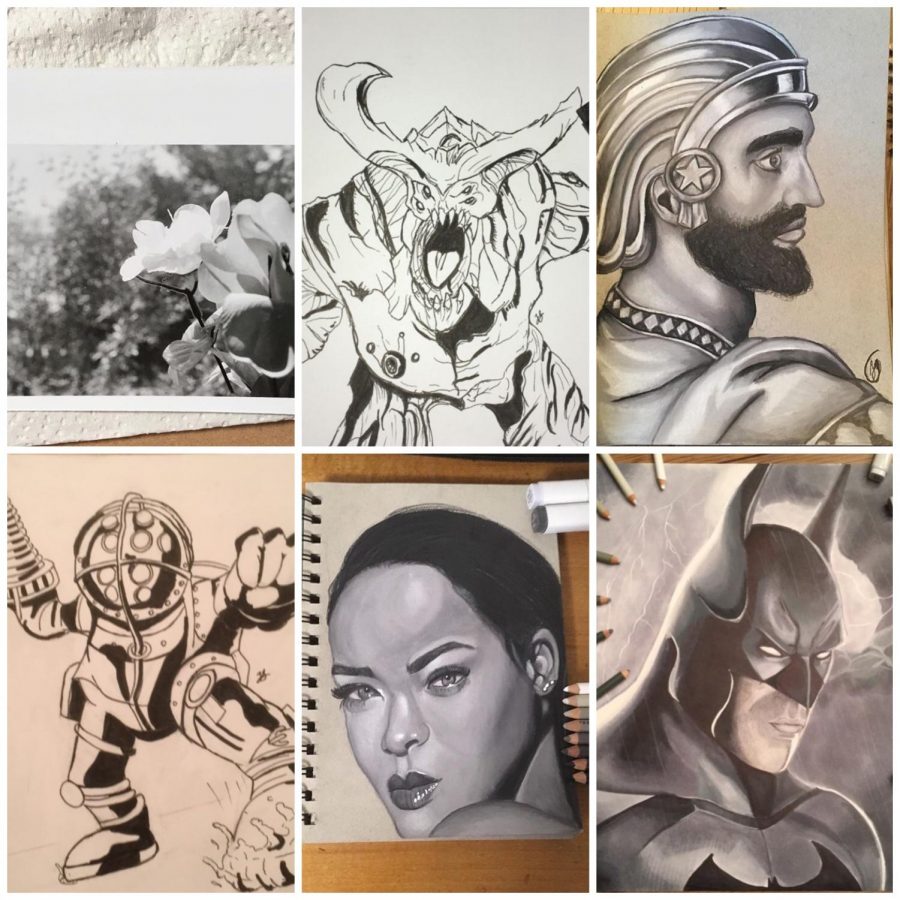 Junior Zach Jaeger has been practicing Special FX makeup since the beginning of October 2017, gaining experience and skill as he continues to practice. Zach initially gained inspiration from the reality show Face Off, an SFX makeup contest show, and finally decided to take the plunge and practice the hobby.

“I was always kind of interested in it but never really thought that I could do it; [that show] served as a kind of inspiration for me,” Zach said. “I always thought that it was really cool how the makeup was done, but never knew what the process was like. I did some research online and realized that it’s not that hard and that I would just need to buy the supplies for it. A couple months ago I bought supplies for Halloween, and I’ve been hooked since.”

Zach is currently able to do relatively basic makeup right now but plans on bringing this hobby to the next level once he gets better supplies.

“I could do stuff like cuts, bruises, gashes, protrusions, and so much more, but I just don’t have the supplies for that right now,” Zach said. “I want to start doing prosthetics, which is where you can make your own molds for stuff like noses and ears for example. It’s what they often do in the movies.”

Alongside this hobby, Zach is extremely passionate about other mediums of art. He also spends his free time creating colored pencil portraits and digital sculpting and design, with the latter being a passion he plans on taking into the future.

Zach says that he would like to pursue digital sculpting and design as a career in the future, as there are countless branches off of that path, whether it be through movies, video games, or the medical field.

“The designing can be brought into so many [different fields],” Zach said. “There’s stuff for movies, medical purposes– you can 3D print organs and other stuff like that.”

Zach has also begun to sell his drawings to make some money on the side and has partnered with a local comic book store in order to do so.

“I’ve been selling some of my drawings, so I’m trying to get prints; [I’m] figuring out good places for that,” Zach said. “There’s this local comic book store, The Comic Signal, that said that I could sell my art there. I pretty much just went there a lot and eventually asked if I could [sell my art], and they said yes.”

On top of his drawing and digital sculpting, Zach has gotten involved in the school theater program this year. Zach says that he hadn’t participated in theater before trying out for the musical and that he might not have done it without the support of his friends.

“Auditioning for the musical was my first time singing in front of anyone, so even though I was really nervous, I had a lot of supportive people to help me with it,” Zach said. “Getting into the theater program has to be one of the best decisions I’ve made in high school.”