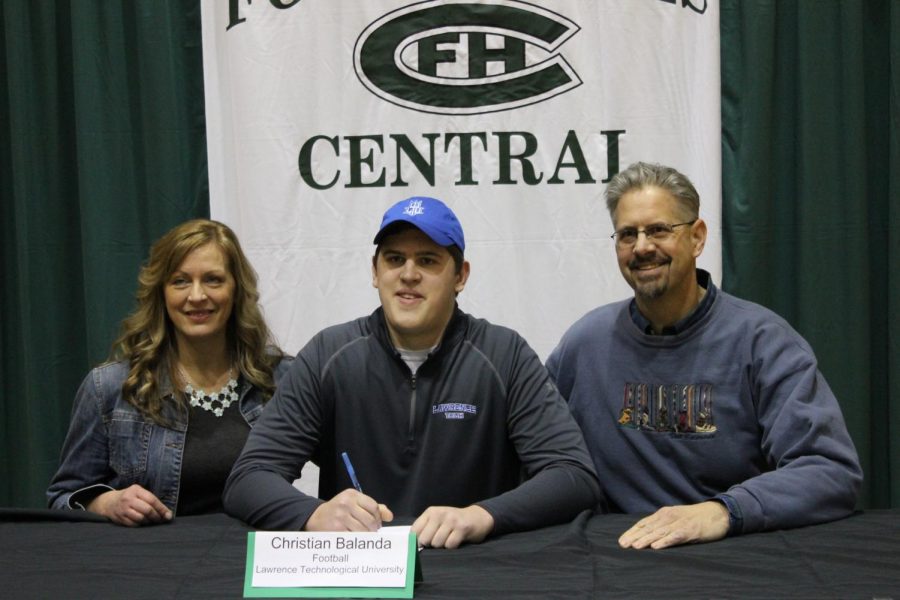 Why did you choose Lawrence Tech as your final destination?

Lawrence Tech was the best academic fit for me considering I want to pursue a degree in mechanical engineering. I also connected very well with the coaches early on in the recruiting process, and they were really serious about me from the beginning.

What was the turning point that made you want to play football in college?

I never truly considered the reality of playing college football until this past summer when I attended the U of M lineman camp. It was a really great experience being able to be around some of the top recruits in the state and see how I stack up against them. That really motivated me to improve my game in terms of technique and mobility in order to prove myself during the season and earn the privilege to play at the next level.

What is your favorite moment from your football career?

I have many great memories on the football field, but the one that sticks out the most was when we defeated Lowell in our homecoming game. The multiple defeats against them in the past left a bad taste in our mouths and it was beyond satisfying to finally return the favor.

What is your biggest goal once you get to Lawrence Tech?

My number one goal is to perform in the classroom because, in the end, a college degree is way more valuable than trophies or rings. In terms of football though, to do whatever I can to help build this new team into a winning program.

Describe your journey from early football experiences to now.

I started playing football in 6th grade as a lanky, unconfident tight end, and the ball was never passed to me. My team also lost every game that season. But from the first crack of the pads, I fell in love with the sport. That unique, physical nature was something that couldn’t be found in the other sports I was playing like basketball and baseball. I really enjoyed that aspect of it. Most of my athletic success came from basketball and that was pretty much my main sport all the way up until my Junior year with the successful 9-3 season I had the honor to be a part of. When that ended, I made the decision to focus all of my efforts into preparing for my senior football season, which also came with the decision to not continue playing basketball. That was a huge decision that I thought about a lot at the time, but that extra level of focus really paid off for me when I was able to have a much bigger role during the season.