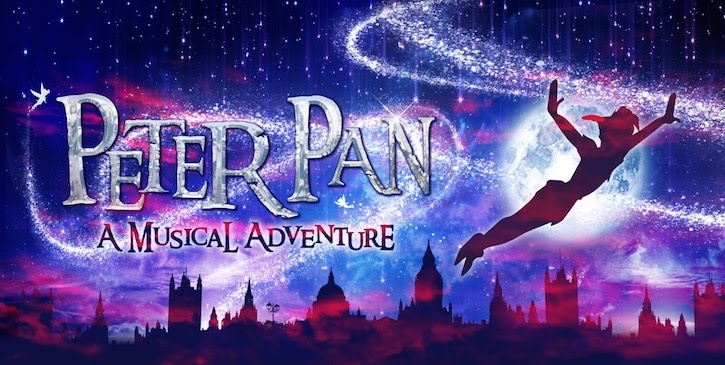 With spring just around the corner, it’s time for the annual musical, and with a talented, close-knit cast and unexpected props, Peter Pan will transport the audience into the magical world of Neverland.

According to senior Josh Nasser, the opening scene sets the stage for the rest of the performance. Wendy and her siblings are reading a magical and enchanting bedtime story, which shows that they are already dreaming of a world that isn’t their own.

“It’s all very whimsical,” Josh said. “Wendy and John [are] basically playing make-believe, and they’re already using their imaginations and are kind of trying to push [themselves] out of their minds. They’re trying to imagine more and have fun with that, and it definitely carries on to the rest of the performance.”

“I’m so excited,” Josh said. “He’s a lovable goof; he’s kind of stupid and clumsy and trips over everything. He’s a loud, annoying kind of guy– it’s a lot of fun.”

Putting such an extraordinary show together takes a lot of rehearsal and dedication. Senior Amanda Riffe, who plays Wendy Darling, recognizes that the three-hour rehearsals every day as a cast and extra time outside of that individually are what it takes to perfect the musical.

“Rehearsals are going really well,” Amanda said. “We pretty much have them every single day [mostly] from three to six. We work a lot. At home, I make sure I have all my lines ready, and I work on characterization, how I say my lines and different inflection.”

Because of all the time spent together, the cast forms valuable bonds that translate well on stage.

“The chemistry is really great on stage, especially between the Darling family,” Amanda said. “We hang out a lot together, so we have a lot of great chemistry because we’re all really great friends.”

Junior Sutton Steensma, who plays Tiger Lily, appreciates the new talent coming into the group as an upperclassman. She is grateful for the fact that once she leaves the theater program, the underclassman will carry on legacies and fill the talented shoes in their own unique ways.

“The cast this year is a lot different than any other cast I’ve been with,” Sutton said. “It’s a pretty big group, but we’re all so close. It’s kind of weird when you get to be an upperclassman, and you see fresh faces coming into the program and get to know them. It’s fun to work with [the underclassman]; I like the new color they bring into productions. But it’s also reassuring that when I graduate, there’s going to be someone who can kind of take over.”

Sutton has also noticed that a lot of great progress has been made from rehearsals. The cast bonds really well, but they also rehearse like professionals and get a lot done in a short amount of time. Sutton is the dance captain, so she and the choreographer make sure all of the dances look smooth and performance-ready.

“We definitely hit the ground running with rehearsals; we’ve been getting pretty far,” Sutton said. “[As dance captain] I’m kind of in charge of maintaining the group and making sure that they’re working on their [dances].”

Along with the dance captains, the directors are a really big part of making sure rehearsal time is spent running lines, answering questions, and being a big support to the hardworking cast members.

The cast and directors work closely in making sure that lines are being rehearsed until they’re memorized. On top of line memorization, cast members have to ensure they are running through the songs, dances, and where they have to stand on stage.

“For the acting part of it, if you need help running your lines, the student directors will run lines with you; they’ll try to give you tools for memorization,” Amanda said. “A lot of times they’re just there to help write in blocking and if you have a question, they normally know the answer. They’re just kind of those people who know the script really well so you can ask them questions.”

It’s important to have supportive, informed directors and a flexible cast because, in Peter Pan, a new element will be added on stage that provides a more three-dimensional aspect. Peter Pan, Wendy and her siblings, and Tinkerbell will be flying on stage, which is a unique component that Amanda thinks will enthrall the audience.

“It kind of gives it more of a three-dimensional point of view,” Amanda said. “You’re not just looking at something; it’s moving up and down. It will help a lot with levels and overall look of the show. And, it’s something you don’t really see every day, so it will be cool.”

As Wendy, Amanda will have a harness attached to her so it appears that she is flying through Neverland. Although the idea of it scares her, she knows that it will be exciting to have the audience completely captivated by it.

Junior Ashlyn Fitch, who portrays Peter Pan, is equally nervous and excited to be playing the lead role in the show.

“I am over the moon about [playing Peter Pan],” Ashlyn said. “I feel pressure in a sense that I want to bring a certain amount of the ‘Peter’ people are expecting to see, as well as adding my own twist to it. It’s such a complex role that has a lot of layers– something that has been really fun to play around with.”

As Peter Pan, Ashlyn will be flying during musical numbers, dances, and even while she is acting. The thought of being hooked up to the harness most of the show is both thrilling and daunting to Ashlyn.

“I think that the flying will add an element of surprise to the show and will also make it much more exciting for the audience,” Ashlyn said. “It adds that aspect of magic to the show. I am slightly nervous, but mostly excited, to fly because it has been a dream of mine for so long to fly in a show.”

Sutton, along with Ashlyn, has high hopes for the flying aspect, but they also believe the musical itself will be a big hit. Sutton loves the fresh faces in the program and is grateful for her talented castmates, but most importantly, she can’t wait to watch everything she has rehearsed individually finally come together as a whole.

“There’s a lot to expect because there [are] so many different characters and different aspects to the show,” Sutton said. “It will be really fun to see how they transition from a little house to Neverland. Once you get on stage and you get in your costume and you’re in Neverland, it’s a whole different experience because you can be anywhere and anything, and it all kind of just ties together.”

Sutton thinks that anyone who is able to should see the effort each cast member has put into making the incredible show. For a few hours, anyone can get sucked into the magical world of Neverland and watch a Broadway-style show right before their eyes.

“[The audience] should expect a lot of raw talent, as well as just a really fun show and a good escape from reality,” Sutton said. “You get to see your classmates thrive in something they love to do and do it really well. We work super hard, and it’s cool because we get to use the big sets and the big costumes and the big stage. It’s like you’re at a Broadway show but it’s people you know, and it’s here at home.”

Amanda also encourages everyone to see Peter Pan, a truly magical story that will not disappoint.

“It’s a time where you can kind of get yourself away from the world, especially because it’s Neverland,” Amanda said. “It’s all about going back to that time when you were a kid and dreaming. I think it’s kind of an escape; you’re just watching a movie happen right before you.”