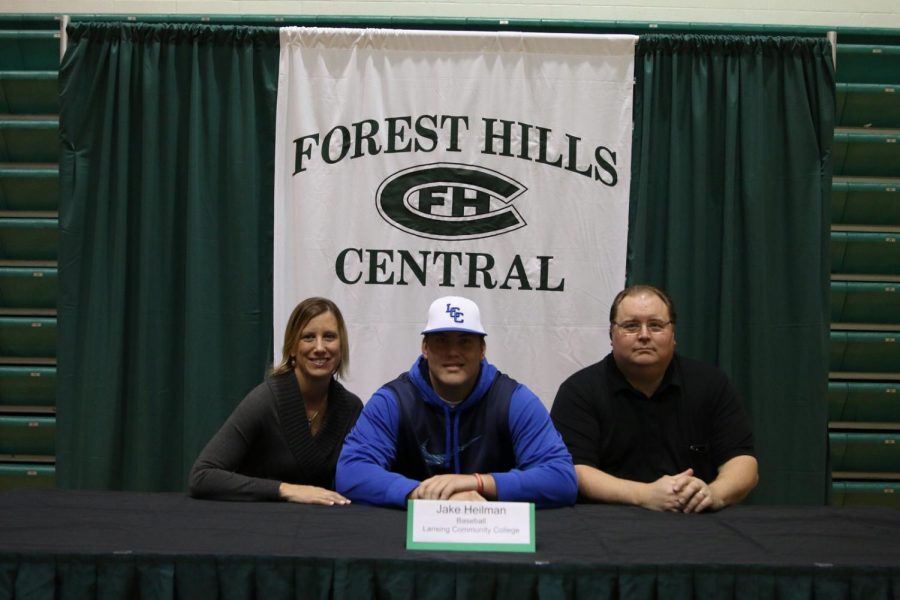 Why did you choose Lansing Community College as your final destination?

On the baseball side, I picked LCC because of the success they’ve had as a program over the last couple years and the quality of the coaching staff that I would be playing under. We have a really talented recruiting class with some players that I think could help lead LCC back to the junior college world series. On the school and living side, I was incredibly impressed with the apartments they are able to put us in as a team, along with the quality of everyday life for the players. The campus is a square design and surpasses any expectations I had of a junior college campus.

What was the turning point that made you want to play baseball in college?

It was never really an option in my head for me not to play baseball in college, so I guess there wasn’t that pivotal moment that made me want to. The passion for the game from age three and up has just been the drive to go on and play at the next level.

What is your favorite moment from your baseball career?

About six of the guys from my travel ball club went down to Georgia with a team from the east side of the state called The D Las Vegas. We went to a tournament with teams that had over 75% of their roster committed to SEC, ACC, and PAC-12 schools. We only had two total commitments and had no business being in the tournament in the first place. After we swept our pool, we went into the tournament and ended up placing third overall. Just a crazy sequence of events that shouldn’t have happened but somehow we pulled it off.

What is your biggest goal once you get to Lansing Community College?

Describe your journey from early baseball experiences to now?

I started close to home playing t-ball around 3, then played TVBL around 5, and moved into travel ball around age 8. I’ve played with Diamonds my whole career and it has helped me become who I am today both on and off. The coaches that I’ve had have been nothing short of amazing in developing my skill sets throughout the years. High school had a rocky start to playing baseball, but this upcoming season should be one of the best the school has ever seen. It has been a long road with a ton of ups and the occasional down. I wouldn’t, however, change anything along the journey I had to get to LCC.