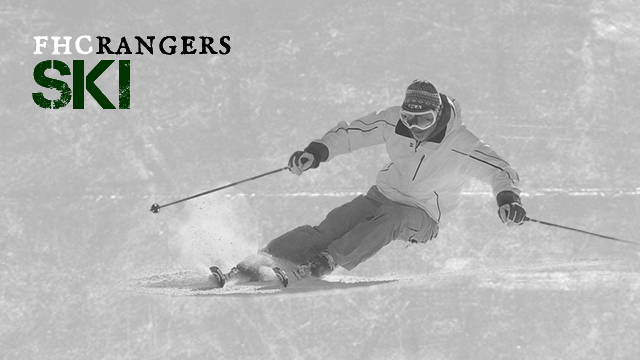 On Monday, February 12, the Rangers boys and girls varsity Ski team took the slopes at their regional races. With a phenomenal effort, the girls were able to take home first place in both the Giant Slalom races and the Slalom races as a team. Not only did they secure themselves a spot at states, but they also won the conference title. The boys, however, struggled to get going and did not place in states as a team, they ended up placing 8 in the GS and 6 in the SL.

“This is my first year I get to ski at states,” Ben said. “I have been practicing and working toward it all of high school and I am looking forward to it.”

Although Ben was the only guy to qualify for states, the entire girls team was able to take a spot in the state races. Including freshman, Abby Mcalindon who will be skiing in states for her first time.

“I felt pretty good headed into regionals, but also a little nervous because it was my first year racing,” Abby said.”But I felt my performance was very well and I have been doing a lot to prepare for states.”

Courtney dominated the competition, and so did her fellow teammate junior, Kayley Reynolds. Kayley, after coming off of a previously broken foot this season, was able to claim second in both the GS and SL races.

“I felt very confident headed into regionals,” Kayley said. “Our team is very solid again this year and I thought we did really well.”

Overall, Ben and the girls team had a very successful regional meet. They are doing a significant amount of preparation to get ready for their state races, and are looking forward to racing some of the best skiers in Michigan.

“I believe that we will do really well in states,” Abby said.”As long as we all ski our best we can definitely have some success[at states].”