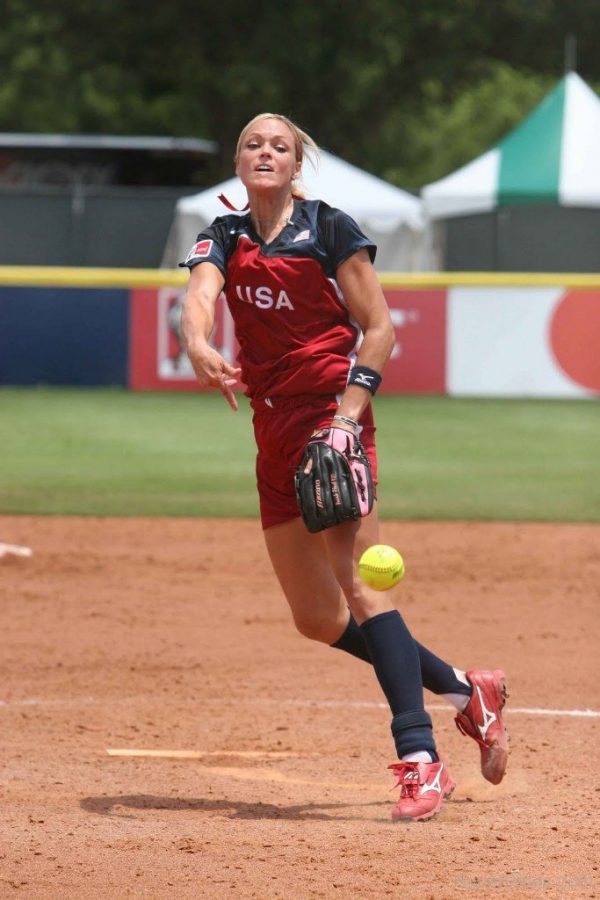 Many of the amazing women that participate in different sports around the world are often unacknowledged. I admire these women; in a male-dominated world, they persist and work hard despite the attention being directly on the men. I find it inspiring that women continue with their sports into the professional environment; it shows how strong and passionate these females are.

Personally, one of the most incredible female athletes that I look up to is Jennie Finch. She was the first female athlete that took interest in; I wasn’t well-versed in knowing athletes by name or what they were known for until I started playing softball. I was lucky enough to have a coach that gave me Jennie’s book called Throw Like a Girl and soon after reading that I felt a new light that I hadn’t experienced before. I used to get nervous before games until I read this book; it said that butterflies in your stomach only means that you care about what you’re doing. To this day, I repeat that same thing to myself before every softball game and practice.

The amount of young girls that Jennie inspires is amazing, the hard work and effort she shows are contagious; she works through injuries and stays humble when she deserves to show pride. I have seen the impact that she has had on people’s lives from running her softball camps to writing inspirational books. After hearing her story, I’ve been more motivated to try my hardest at everything during every hour of every single day.

I think that I can relate to Jennie because she had troubles with teammates and tough coaches when she was younger and I struggled with the same a few years back. The lack of togetherness and favoritism is a common ground that she and I share; teammates who separate themselves from the rest of the team and having coaches that pay attention to one player only. Don’t be fooled, these problems still exist in my life, but I’ve learned to deal with them just as Jennie did. It took a lot of work, but I just kept reminding myself that I am on this team for a reason, every player serves a purpose. It’s not one person alone, it’s one unit.

All of the accomplishments that Jennie has achieved are outstanding. She helped to lead team USA to a gold Olympic medal and silver Olympic medal as the starting pitcher. Jennie was also a three-time All-American pitcher and first basemen. Being a catcher, I know how hard pitchers have to work to obtain the right pitch and what it takes to perfect it. I also have played first base and that’s not a picnic either; scooping up the low throws to you and jumping to reach the higher ones takes an abundance of skill. I don’t think that I’ve ever seen another athlete that’s as dedicated as Jennie Finch.

I don’t have a big sister to look up to as a role model so I decided that Jennie Finch would be that role model of what a woman should act like and how she should carry herself. Even after striking out MLB player Albert Pujols, Jennie held herself to a humble nature and had a mature poise. I strive to be more like Jennie daily and that’s something that is constant and will never waver.