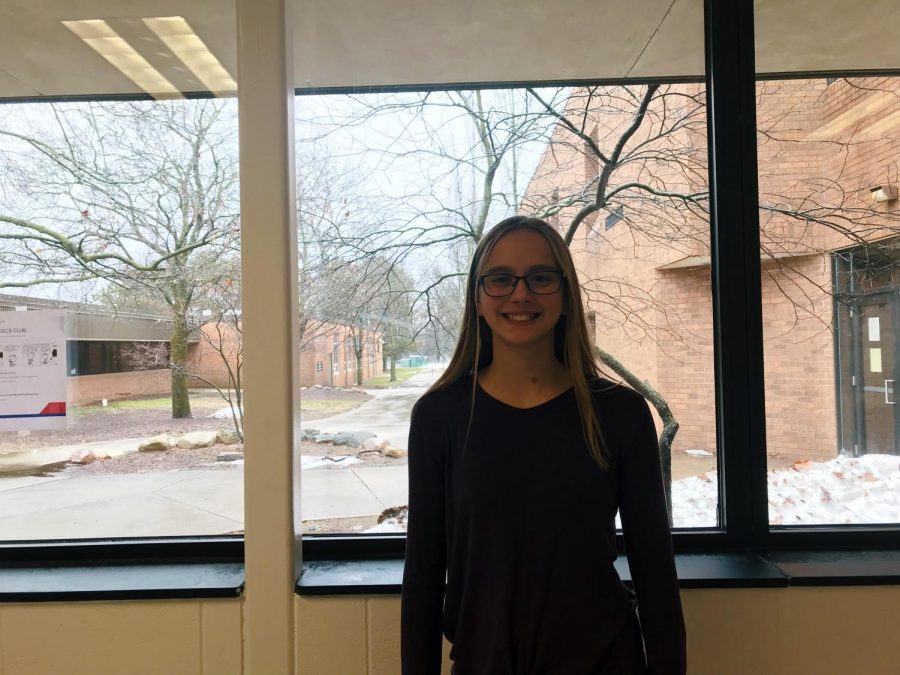 With dozens of other high schoolers gathered around the start line, freshman Hannah Wordhouse stands, takes a deep breath and awaits the starting signal. As she progresses through her race, she enjoys the freedom of running and the feeling of true bliss.

Hannah’s reasoning behind joining FHC’s cross country team was simply that she wanted to be involved in a sport. She figured since she enjoyed running and it seemed to come naturally to her, cross country would be the perfect fit. However, after attending her first practice, she determined one thing: it was not going to be as easy as she predicted.

“The first day sucked,” Hannah said. “It was really hard and I wasn’t in shape. But it got better as it went on, and I became a better runner and more confident in myself. I had a blast and I will definitely continue running.”

While strenuous, joining cross country proved to be a favorable experience. Especially during races, the results of those arduous practices made themselves apparent.

“It felt really good [to finish that first race],” Hannah said. “Crossing the linea�� it just felt surreal. Though, after finishing, I knew I could do better, and that made me the happiest. I knew I had room for improvement, and as the season went on, I would continue to get better, and for me, that’s really important. I never want to stop improving; crossing the line felt good because I accomplished it, and it felt even better because I knew “Hey, I can do this, I can improve.a��”

Each time she crossed the line was not always so magical. Like with any sport, Hannah had her good days and her bad days. During a particularly rough race, her teammate, senior Hannah Anderson, ran alongside her to ensure she made it to the end.

“I was practically crying on the course,” Hannah said. “[Hannah] ran next to me and finished with me. She technically ran two races because she had a race that day too. Finishing that race was the most amazing feeling: I was done, I got through it, and even though I didn’t do that well, I finished it and that’s what matters.”

Although she ran a bit for fun when she was younger, Hannah came to have a new appreciation for the “freedom of running” after her time on the cross country team.

“When you run and the wind blows through your hair, it’s the most amazing feeling — I love it,” Hannah said.

It is for this reason, Hannah’s running career will continue into the spring. After such a successful season of cross country, it seemed only logical to join the FHC track team.

Cross country races differ from long-distance track events, like the 2-mile. Specifically, the race pace is drastically different between the two — during a 5k there’s an opportunity to “settle” during the middle of the piece, while the 2-mile is run entirely at race pace. However, wanting to deviate from her normal long distance, Hannah hopes to venture into the world of short distance sprints.

“I’d like to improve as a person, not just at running [during track],” Hannah said. “On top of that, I’d like to just give it my all — it’s all I really can do, anyway.”

As a freshman, Hannah has had to make the often challenging transition into high school. Fearful of more independence and self-accountability, Hannah found that cross country, along with running in general, has helped alleviate some of those fears.

“I think I have gotten a lot better at doing things by myself,” Hannah said. “I have more confidence now, which is always a good thing. Cross country is the perfect blend of independence and dependence; you’re running by yourself, but you’re running for your team.”

Hannah also finds solace in her family, a strong foundation that attributes to her success thus far.

“I depend on my family for a lot,” Hannah said. “They’re a secure foundation; I know when I go home they’re going to make me feel loved.”

Between running and her family, Hannah has discovered the importance of confidence and having the courage to do things that seem frightening at first.

“It’s important to just jump in,” Hannah said. “If you jump in, you’ll be just fine. The best way to learn is to do it yourself, and if you’re scared, still do it, because all it can do is help you.”