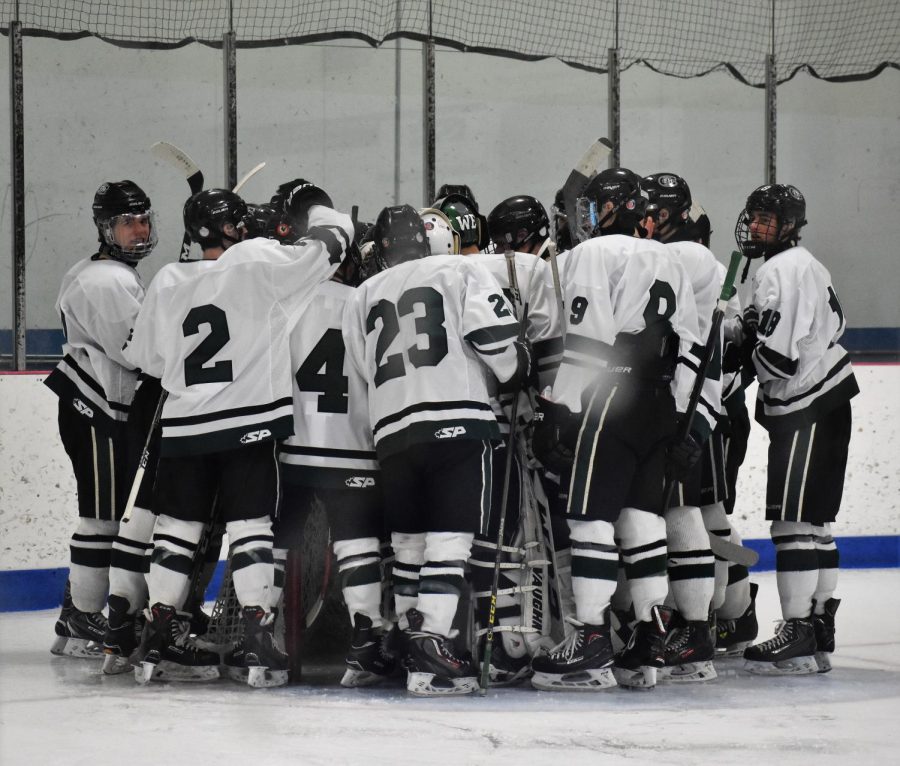 After a thrilling win against Grandville last Saturday night, the Rangers face another very good team in the West Ottawa Panthers in Holland on Wednesday. FHC was supposed to face West Ottawa earlier in the season, but difficulties came up and the game was postponed. West Ottawa is a lot like Grandville, as they have a heavy senior group and very experienced lineup with many lethal scorers. If the Rangers can bring the same passion and intensity that they had against Grandville and in the past seven games, they can get the win on the road in Holland.

Last game for FHC: The Rangers’ showdown against Grandville Saturday night at Patterson was one for the ages. FHC took the win in overtime against the Bulldogs, the former second-ranked Division 1 team in the state. Seniors Charlie Brewer and Jacob Demeter scored 2 out of the 3 goals on the night for FHC, which was huge since it was senior night. Charlie, Jacob, and fellow senior Mason Kistler are going to be key for the Rangers against West Ottawa’s heavy senior group.

Last game for West Ottawa: West Ottawa is recently coming off a tough 3-1 loss against Sault Set Marie last Saturday. The Panthers and Sault Ste Marie were tied after the first period and were both scoreless in the second. Sault Ste Marie scored 2 more goals in the third to close the door on West Ottawa 3-1. West Ottawa has lost 3 of their last 4 games, so they will be hungry for a win against the Rangers. FHC needs to come out with an aggressive mindset and get off to a hot start out of the gate in order to beat the Panthers on the road.

This win would be a key for the Rangers, especially going into their final conference game against the East Kentwood Falcons. Another reason this would be a big win is because this would give FHC momentum going into districts, where any game could be their last. If the Rangers stay focused on one opponent at a time, they will be better suited for future games.