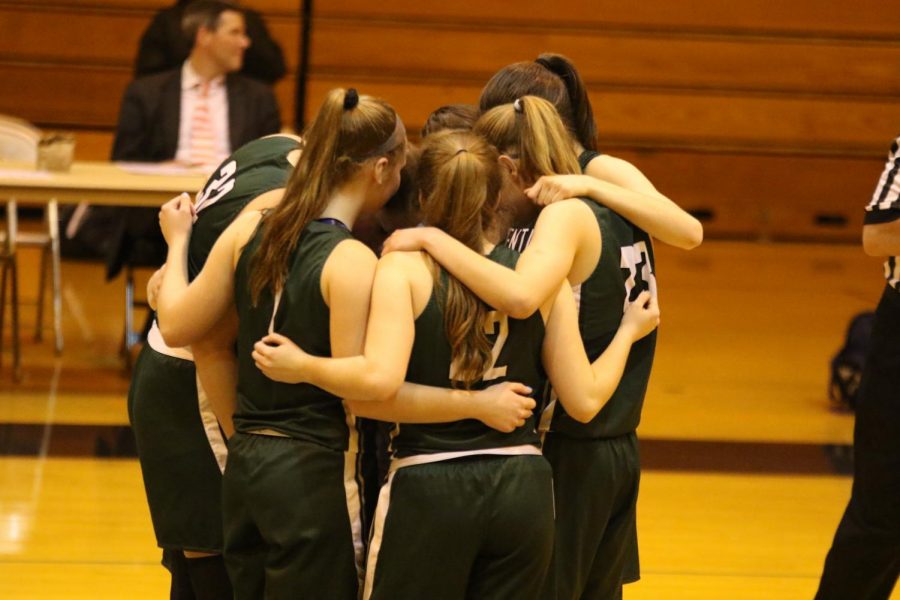 The girls varsity basketball team traveled to Ottawa Hills last night and was able to outwork the Bengals to win a very scrappy game 58-46. The last time these teams met, FHC dominated throughout all four quarters but tonight was a different story, as Ottawa Hills has improved greatly since the last meeting.

“The second half of conference play, Ottawa Hills hasn’t been losing by much,” Head Coach Kristina Prins said. “We knew they are super athletic and they’re a really good team.”

The Rangers outscored the Bengals 10-2 in the fourth quarter to secure the win after only leading by 4 after the third. The intensity in the gym all night erupted in the fourth quarter, as the crowd became very involved in the game. There was a technical foul called on the Bengals, and senior Madi Winter and junior Claire Baguley left the game due to injuries.

“I was very frustrated that the physicality led to our players getting hurt,” said senior Ashley Lutkenhoff, who had 4 points, 4 rebounds, and a steal last night. “I’d say this game was both mentally and physically challenging. We had to hustle every play and then deal with the outside distractions.”

The Bengals jumped out early with a three-pointer to start the game. They then went up 13-5 halfway through the quarter.

“They’re a pretty aggressive team and we just came out slow,” said senior Breanna Probst, who added 2 points in addition to her 2 rebounds and 2 assists.

Senior Emma Yoder, who had 17 points on the night, then took her third charge by the Bengals to start the second quarter, giving a big momentum boost for FHC as they took control of the game to lead 31-23 at the half.

“Once we get going we’re on a roll,” said freshman Zoe Lipke, who contributed 6 rebounds, 5 points, 4 steals, and 2 assists last night. “Whenever one girl gets going, everyone gets into it.”

Ottawa Hills was able to keep the game close throughout the third, but FHC ultimately pulled out the 8 point victory.

Ashley was a big presence last night, as she was key in the help defense and quick-passing offense the Rangers ran.

“We’ve been working on Ashley’s confidence,” Prins said. “She’s a really great player when she believes in herself and she’s been one of our leaders on the team. It was nice for her to step up tonight.”

With sophomore Ally Ringler out with an injury and Madi and Claire both questionable for Friday’s game, the team will take a day to regroup. Ally secured 4 key points in the final minutes of the Lowell victory, and Madi and Claire are usual high-scorers and key components of the team. Last night, Claire had 20 points, 9 rebounds, 4 steals and 4 assists. Madi also contributed 10 points, 5 steals, 1 rebound, and 1 assist.

“The girls know what to expect Friday,” Prins said. “They’ll be ready to go and hopefully we can take care of those injuries.”