Reena Mathews's a�?Popping the Bubblea�? is a series in which she covers some of the biggest news of the past two weeks. This weeka��s installment marks the twelfth chapter of this biweekly series. 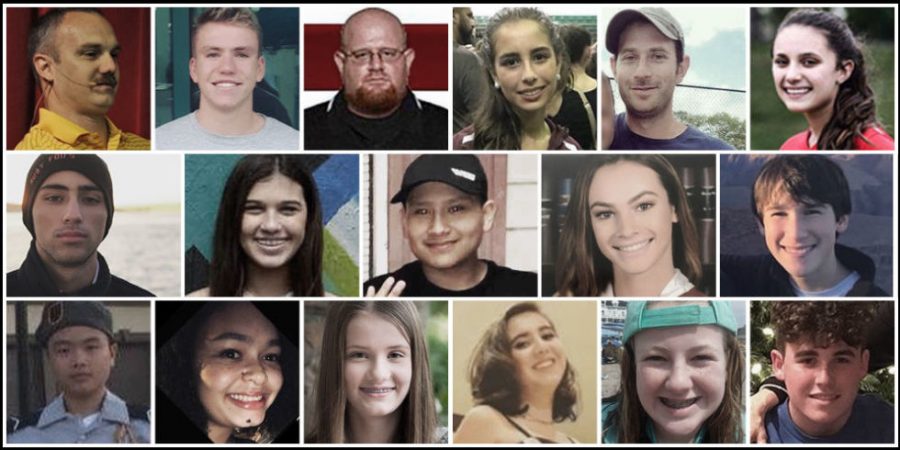 Last week, the Israeli police recommended Prime Minister Benjamin Netanyahu for indictment on charges of accepting bribes, fraud, and breach of trust. This development comes after 14 months of investigation into two cases: Case 1000 and Case 2000.

Case 1000 has to do with allegations of Netanyahu accepting $300,000 in gifts between 2007 and 2016 from Hollywood producer and Israeli-American Arnon Milchan and Australian billionaire James Packer. In return, Netanyahu arranged for numerous political and financial favors. For example, Netanyahu pushed for a tax exemption for Israelis returning to Israel from overseas, a bill Milchan would have greatly benefited from.

Case 2000 centers around Netanyahu allegedly striking up a deal with publisher Arnon Mozes to ensure favorable coverage of himself in Mozes’s newspaper. In exchange, Netanyahu would help promote that paper and attempt to suppress the success of a rival paper.

In response to the flurry of news coverage, Netanyahu made a statement in which he denied all accusations. For now, the Israeli police recommendations will make their way to Israel’s attorney general office for review.

This past June, charges were filed against Pennsylvania’s congressional district map for violating the state’s Constitution due to partisan gerrymandering. The suspiciously obscure district lines helped yield a 13-5 Republican majority in the districts, despite statewide voting being almost exactly split 50-50.

As a result, in late January the Pennsylvania Supreme Court ruled this map unconstitutional. This decision provided lawmakers with a Feb 9 deadline for carving out a new map. In response, members of the state GOP submitted an emergency appeal, which was promptly rejected.

In the days to follow, the legislature failed to agree upon a revised map; thus, the court announced their newly-carved map this week. In short, this updated map makes about seven districts more Democratic.

Unsurprisingly, there were contrasting reactions from either side of the political spectrum, with Democrats generally applauding this development, and Republicans generally denouncing what they saw was an overstepping of the court’s power.

Ultimately, the consequences of this adjusted map will more clearly reveal themselves during this year’s midterms, as the Pennsylvania court ordered that this map is used for the election.

In his speech, he recounts his efforts to look into the legality of bump stocks following the Vegas shooting, as twelve bump stockers were found in the Vegas shooter’s hotel room. These bump stocks are gun accessories that essentially transform semi-automatic weapons into machine guns. Trump described directing the attorney general to examine this issue, starting in December. This move led to Trump’s decision to sign a memorandum instructing the attorney general “to propose regulations to ban all devices that turn legal weapons into machine guns.”

What this, and Trump’s recent support of possible improvements in gun background checks, will result in is yet to be known. On behalf of seventeen lives were so senselessly ended, I sincerely hope that serious change can quickly begin to take effect.

Maybe there have been videos from every shooting, and this is just the first time I’ve allowed myself to delve into them. Or maybe every other time the videos weren’t so plastered over every news source.

I feel like I’ve run out of things to say. Run out of ways to react. It’s like it’s all just gone numb. Too many headlines. Too many gunshots. Too many monsters. Too many lives gone far, far too soon.

For some reason, it’s 1500 miles away, and it feels close to home. There’s something so bone-chillingly horrifying about watching gunpowder erupt in the air and gunshots rattle a classroom through the lens of Snapchat video, the same lens through which I watch countless videos of my classrooms every day.

It feels like weights crushing down on me every time I type or think or say something like “every other time.”

The purpose of this series is to inform, but I can’t bring myself to that mindset. I can’t morph this into something emotionless and factual and black-and-white.

The Parkland students have my unending respect and admiration for their fortitude and resilience in light of such merciless devastation. I commend their push for change; I only wish these seventeen voices could be participating in this clamor for reform. May they rest soundly.