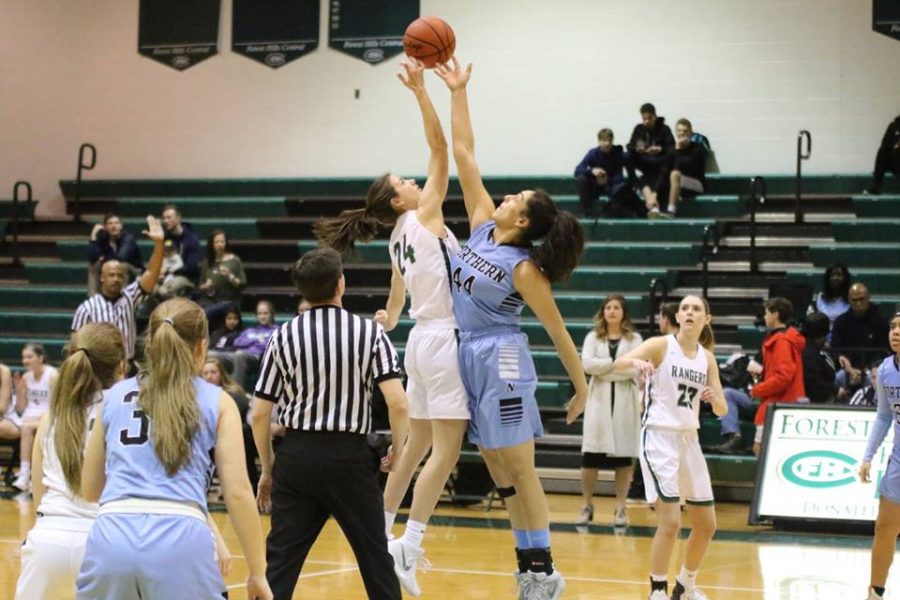 Coming off of a win over Ottawa Hills in a very aggressive game, the Lady Rangers will head to Forest Hills Northern tonight for their third straight road game. Last time these two teams played, it was a battle until the very end.

In the last game, FHC played phenomenal defense. Senior Breanna Probst held Northern’s usual leading scorer to zero points in the first half. There was also 17 team steals on the night. The game was close all four quarters, but senior Madi Winter stepped up big time by scoring 30 points on the night, 3 of them coming at the buzzer to secure the last-second 1 point victory.

FHC will be missing two-year starting junior Claire Baguley due to injury tonight. Last game, Claire led the team in rebounds and was tasked with defending Northern’s exceptional post player who is averaging a double-double. Other players will need to step up tonight to fill Claire’s presence on both sides of the ball.

While Northern, sitting at 6-6 in the conference, is not necessarily a threat to the 9-2 Rangers’ second place conference standings, it is a big rivalry game that is key for both pride and confidence. A win tonight for FHC will give the Rangers big momentum heading into Districts and at least second place in the OK White.