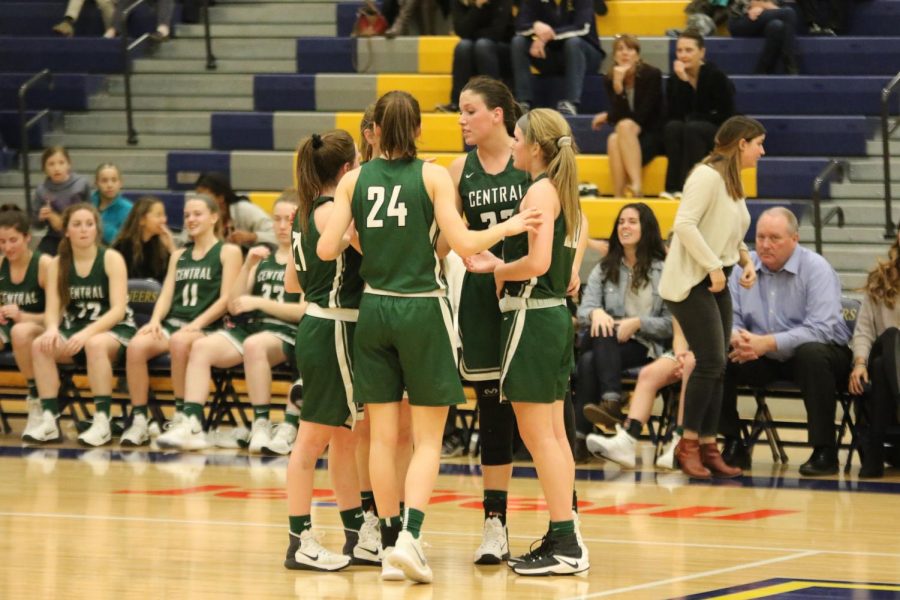 The Lady Rangers faced an uphill battle last night in their district semifinal game against the Pioneers, as FHC was riddled with injuries late in the season. Ultimately, EGR was able to be the more aggressive team and continue their season with a 54-40 victory over the Rangers.

EGR jumped out early in this game to lead 15-6 after going on a 9-0 run to end the first quarter. A big problem for the Rangers was rebounding, as FHC had only 3 in the first quarter. The usual leader in rebounds, junior Claire Baguley, was able to play through an ankle injury but was less than full force.

“Claire is one of our best rebounders and she just physically couldn’t tonight,” Head Coach Kristina Prins said. “East was getting a lot of second, third, and fourth chance shots and when that happens you can tell; the game changes a bit.”

East continued to dominate in this extremely aggressive game. FHC was able to pull within 5 points with 6 minutes left in the second from a bucket by senior Emma Yoder, but after this point, the Rangers would not come closer than 7 points behind their opponent all game.

“The girls played with heart the whole time, they really did,” Prins said. “Just physically, at this point in this long of a year, they were just tired and East was extremely aggressive. We just couldn’t compete with that.”

The Pioneers led 40-30 after the third and sealed the 14 point victory in the end. With one minute remaining in the game, despite EGR keeping their starters in, Prins made the call to put in a fresh five and bring the starters to take a seat in their final game of the season.

Emma and senior Madi Winter, in their final games as Rangers, played exceptionally well last night to keep FHC in the game. Madi had 10 points, 6 rebounds, 4 steals, 1 assists, 1 block, and was perfect from the free-throw line. Emma was the leading scorer and rebounder last night with 21 and 11, respectively, as well as 2 blocks.

A total of 42 missed Ranger shots may have been what decided the game, as in the first half East was hot from behind the arc to take a big lead that FHC couldn’t recover from.

“The toughest loss all season would be today, definitely today,” Prins said. “It’s just not the way you want to go out, with the girls not being healthy and us just not being full.”