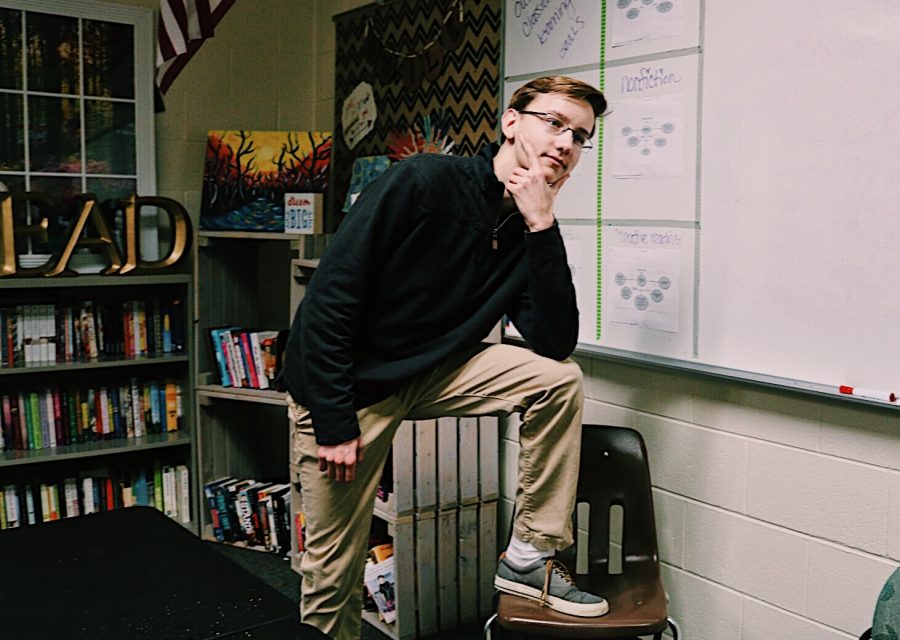 Processed with VSCO with c1 preset

With his experience from moving under his belt, junior Stephen McLenithan has expanded his worldview greatly through experiencing the cultures of both Michigan and Alabama; states that are polar opposites. Because of this, he has broken the FHC bubble stereotype and developed a greater understanding of life.

“I’ve lived in two completely different parts of the country that are just so different,” Stephen said. “I think that not many people have that kind of experience. One of the negatives about Alabama is the education there, and it’s much better at FHC because it is a really academic and unique school. Having visited outside of this community, I can safely say that’s very [distinct] from other places.”

Stephen’s gratitude for FHC offers a fresh perspective on all that people take for granted all too often. The kindness shown to him from students and the huge emphasis that was put on academics and community sharpened his outlook as he transitioned from life in Alabama to life here, and because of that, FHC has stuck out in his mind as an impressive school.

“It surprised me when I first moved here how nice everyone was,” Stephen said. “I immediately felt accepted. I was on the freshman soccer team, and I pretty much immediately made friends with all of those guys. I also think the traditions at FHC are really cool. We do the same thing every year, but it’s still always so exciting.”

For Stephen, many of his friendships have stemmed from sports, and soccer, in particular, has always been a major aspect of his life. Something about collaborating together as a team to work toward a common goal built stronger relationships, both with teammates and coaches.

“Trying out for my soccer club in Alabama was so impactful because I played for them for the whole six years that I was there,” Stephen said. “I made lifelong friends, and my coach really inspired me and influenced me to be who I am today.”

Although his soccer career will be coming to a close with the end of high school, the key life skills and friendships that he has gained from it will easily be applicable in the near future.

“Whatever team I’m with in my job– I think those skills will really help me a lot,” Stephen said. “Playing soccer my whole life has given me a sense of teamwork, and it has shown me the importance of having a good relationship with the people around me. I played freshman year and sophomore year for the school team but didn’t make it this year. ”

Even though trying out and making a team builds character, not making the team offered an opportunity for greater growth. Instead of taking on a defeatist mentality, the struggle simply reaffirmed to him the importance of hard work and striving to achieve his goals.

“Not making [the school team] this year motivated me to try harder to make it next year,” Stephen said. “I didn’t work as hard as I should’ve last season, and it helped me realize that everything I want in life isn’t going to be just given to me. If I want something, I am going to get it; that is what is driving me to work harder next season.”

Playing soccer has immensely developed his drive and determination, while also pushing him to challenge himself and step out of his comfort zone more often. In correlation with soccer, high school has also served him well and become a supportive atmosphere that has promoted personal growth within him.

“At FHC, I’ve grown out of my shell a little bit,” Stephen said. “I’ve become more unique as a person, and that was something I couldn’t really do in middle school because middle school is just generally rough. But I feel like I’m a lot better of a person now.”

The one constant in his life, however, has been his family. Through thick and thin, they have been his solid foundation. His parents especially have encouraged him academically by keeping him on-track with school work and with keeping a balance with everything else on his plate. Because of the depth of his relationship with them, he trusts his family wholeheartedly and feels very open to talk about anything with them.

Experiencing different cultures through moving across the country was an incredible opportunity for travel, and because of it, an interest was sparked in him. Getting a taste of various ways of life and learning more about them has become a recent passion of his, making any traveling opportunity a highlight of life.

“I do like traveling and doing new things,” Stephen said. “A few summers ago, my family and I went to Europe, and we got to try a bunch of different types of foods. I really got a feel for European culture. I like food, especially European food. We went to Italy, so the food there was amazing. We went along the coast the entire time, and the seafood there was incredible.”

Between travel and making time for everything else he loves, life is a whirlwind. Through Stephen’s eyes though, living his best life means to slow down and enjoying every moment of freedom and happiness.

“I think that a lot of people worry too much,” Stephen said. “At the end of the day, life still goes on no matter what happens. People sometimes need to just relax and take a breath.”