The wrestling careers of seniors Isaac Torrey and Keegan Moore ended this weekend as they left the mat for the last time at the Division 1 State Meet. Isaac and Keegan ended with 43-4 and 41-7 records and earned 3rd and 5th in the state, respectively.

“I have seen Isaac and Keegan grow up; I was there when they started wrestling, I was there when they finished wrestling, and I could not be prouder with the way they finished,” head coach Brad Anderson said. “They have wrestled their entire careers with a lot of passion. What I will miss about them is they are excellent wrestlers, sportsmen, great people, good sons, good friends and teammates, and excellent leaders. I know they will be excellent future community members, fathers, husband, and employers. I think the world of these two guys and I will miss them. I know they are moving on to bigger and better things and hopefully, wrestling will be a great memory as they head into college and adult years.”

In their second time at the state tournament, Isaac and Keegan both came in with high expectations after last year’s respective finishes.

“My first pin was a good indicator to myself,” said Keegan. “It showed I was still in it and I was there to fight. This attitude was true throughout the tournament as all four wins were pins.“

Keegan defeated his opponent in the first match but fell in the second match. He then recuperated and pulled himself back together to win the third match. Keegan then entered the blood round and pinned his opponent. In Keegan’s final match of his career, he was battling for fifth place. He was able to pin his last opponent and improved two places from last season. 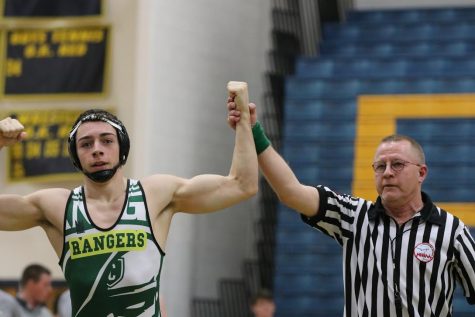 Isaac, at the 171 weight class, took the momentum from the first win and carried it into his second match. He pinned his opponent in the second period. He then took a tough loss from his opponent with a final score of 6-2. Isaac battled through the loss and came back to win his fourth match. Isaac was trying to place third in his fifth and final match. Isaac was able to keep a steady lead throughout the entire match with a final score of 11-2. Isaac finished his season and career placing third in the state. 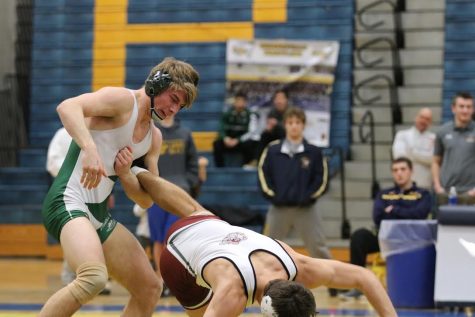 “Ending my ten-year career at Ford Field and placing third was bittersweet,” Isaac said. “It still doesn’t quite feel like it’s over because looking back the time flew by. Even though I didn’t finish the season how I wanted to, it felt good to come back and earn third place. The journey that got me to this point was filled with highs and lows, thousands of hours of practice, running and lifting. In the end, I think that regardless of the outcome, wrestling has given me more than any award is worth and it’s an attitude and a way of life that I know will help me through any hardships or tests in my future. I believe that wrestling and the people I met from it formed me into a better person and I am grateful for that.”