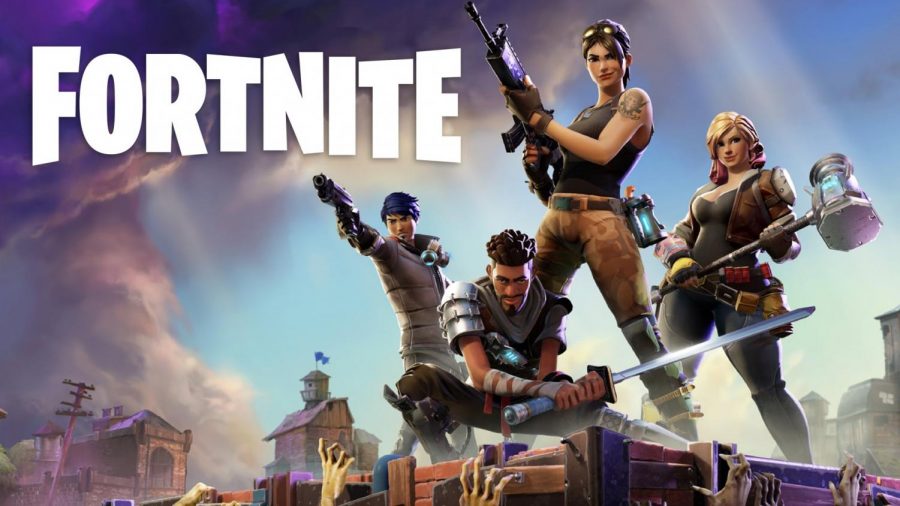 From Snapchat stories to Youtube tutorials, Fortnite is sweeping through nearly every form of social media. It’s nearly impossible to not hear about it, whether that be online or from one of the countless players that seem to be everywhere.

The video game has quickly captured the attention of students throughout FHC, bringing students together through the demanding teamwork required to make a successful squad. Fortnite’s growth has skyrocketed worldwide since January, with over 45 million total players

The game’s concept revolves around a Hunger Games-esque battle royale fight, with one hundred players dropping from a plane onto a large map littered with buildings, caves, mountains, and more. Each individual player or four-man squad must fight for their lives against the other players also dropping in. “Loot” consisting of weapons, building materials, and useful items scattered throughout the map provide players with the resources they need to win the game.

Solo and duo play are both relatively common, but the true appeal to many players is the squad gameplay. This game mode requires cooperation, teamwork, and quick thinking on the part of every player. With the growing popularity of the game within FHC, students such as junior Danny Schuurman have found themselves enjoying the challenge of going for wins with their friends.

Danny started playing Fortnite just a couple of months ago after a friend told him to give it a try; he downloaded it and began playing and shortly after, he found himself hooked.

“It’s different every single game. Every game you’re going to have a different loadout, see different people, get different guns, and you’ll never run into two of the same situations,” Danny said. “No game is ever the same, so it stays fun and fresh no matter how much you play.”

This variety means that it’s difficult to get bored with the game– every round serves as an opportunity to get better, learn from mistakes, and create new strategies. The Fortnite community is not limited to local players either; fans of the game can be found all over the world. Big-name streamers such as “Ninja” and “Dakotaz” record themselves playing the game on platforms such as Twitch.tv and Youtube. Fans of the game often watch these streamers to learn new techniques and improve their own play, something Danny says he has used to get better at Fortnite. In fact, he’s picked up streaming occasionally as something to add to the game experience.

“I actually stream the game occasionally,” Danny said. “I’m trying to make some money off the game because I consider myself a pretty solid player, so if I stream, I can try to pull in some extra cash. I’d also say my fanbase really enjoys my streams, so I always want to satisfy them by winning [often].”

Danny usually plays with a squad full of his friends. One of his usual squadmates is junior Evan Engles, who has been playing the game for about the same amount of time as Danny. Evan was introduced into the game in a similar manner to Danny and has enjoyed playing with his friends as they all continue to get better.

“There’s so much variation, and you’ll always run into different situations that test you and your squad mates,” Evan said. “It requires a lot of cooperation, and we’re all so passionate about Fortnite so we play lots and get as good at the game as we can.”

Fortnite offers an opportunity for players to exercise their teamwork skills and cooperation, managing resources between squadmates and making sure that everyone has all of the equipment that they need. It also offers an opportunity for players to make new friends and meet people they may not have talked to before, especially in the case of the junior class.

“Fortnite has brought our class together a lot, ” Danny said. “Tons of guys play with each other and have gotten closer through it– like I’ve played with people I never would’ve talked to otherwise.”

If current trends continue, Fortnite is sure to grow and grow. With a base of devoted players and a strong development team, the only way forward is up. FHC’s Fortnite players will continue to fight for wins and play as much as they can, sticking with their squads through thick and thin.

“Communication is key. Get your friends, work together, and get those wins,” Danny said.