Moses Sumney’s “Aromanticism” stands out as a solid debut album 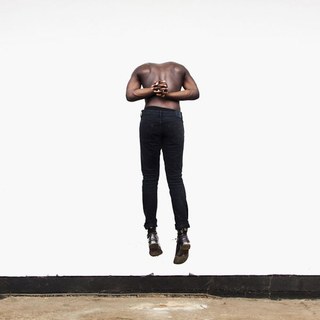 Aromanticism’s wide, cosmic soundscape is both parts chilling and inviting, with Sumney’s airy, crooning vocals complimenting the complex layers strung throughout the production. Tracks such as “Lonely World” serve as fine examples, transitioning from cold to quiet, empty to warm, and exciting to bouncy.

Throughout this album, Sumney tackles the concept of aromanticism, the idea of an inability or unwillingness to feel romantic love. This leads to the somber, often empty tone of the album. Sumney’s emotions range from disbelief to acceptance as he eventually embraces his aloneness and nihilistic outlook on life, weaving his stories throughout the tracklist.

Aromanticism captures raw, unfiltered emotion through Sumney’s nihilistic and pessimistic outlook on his situation. This album is not one for optimists, and it can be downright depressing at times. This remains one of my biggest gripes with Aromanticism, as I found myself occasionally bored with the similarities in nearly every track. Songs often blend together and don’t stand out much individually, which while not always a bad thing, detracts from the listening experience slightly.

Despite this, there still remain multiple standout tracks on the album. “Plastic” is undoubtedly one of the strongest tracks on the project, littered with powerful lines such as “Though we’re much too old for make believe / And I know what it’s like to behold and not be held.” Sumney layers metaphors through the song, building up to the eerie, chilling chorus, which stands as my personal favorite moment throughout the album. “Quarrel” tells a story of incongruity between partners, with Sumney detailing his realization that it cannot work out.

Aromanticism, while bleak and littered with despair, provides an introspective and raw look into Sumney’s inner workings, doubts, and emotions. It’s an album to listen to in the dead of a rainy night; it’s not suited for sunny days and happiness but holds its own as a very solid debut album.