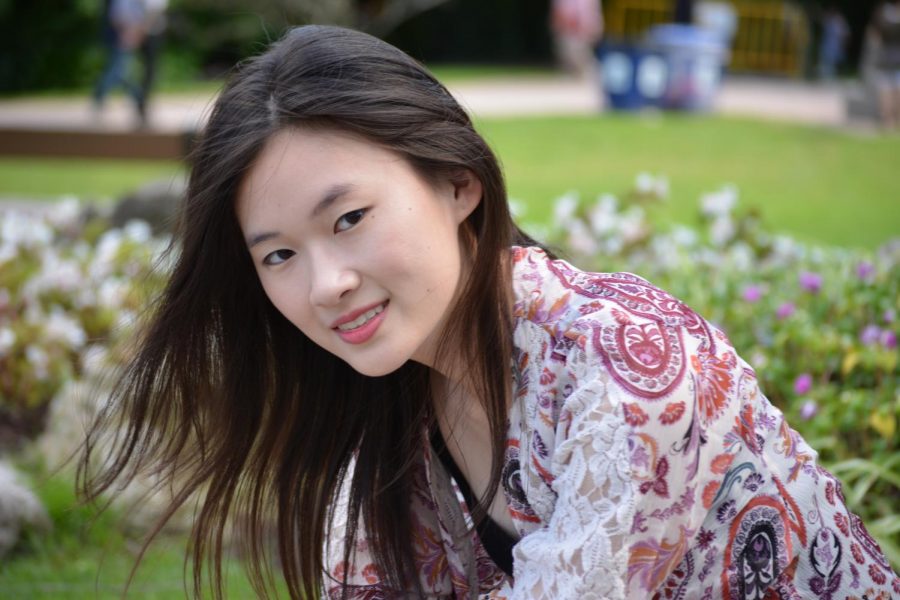 “Everyone has their different strengths,” senior Francesca Duong said. “I think one of the most important things to recognize when you’re working in a group is that someone is going to be better at something than someone else, and that’s okay.”

With this mentality in mind, Francesca has flourished during her four years at FHC. An avid member of a plethora of clubs and organizations- including Model UN, theater, debate, forensics, Science Olympiad, Colorguard, and more- Francesca’s involvement has developed her distinct personality, and her experiences have allowed her to prosper.

Out of the large number of activities that she has taken on, Francesca considers her greatest involvement to be with Model United Nations (Model UN). Through opening her eyes and developing her strengths, Model UN allowed Francesca to realize what she wanted to pursue in later life. Additionally, the countless conferences that she has attended exposed her to different communities of people and different styles of thinking.

“Everyone there is so hardworking,” Francesca said. “It’s so amazing because I’m sure everyone at school has struggled with that one person who doesn’t do their work, but at Model UN, it’s actually really collaborative. It’s the first place where I realized, “Wow, this is what teamwork should be.ai??i?? You rely on so many people, and you work with so many people to accomplish the same goal. There’s going to be people that want to win, but for the most part, everyone is there just to have fun and solve this problem, so it’s a really great experience.”

In Model UN, participants occasionally rise in front of the group to give speeches. Similar to those experiences, Francesca became a member of the Forensics Club. A competitive speech club, Forensics Club is not about investigations and science. Though there were many different events to take part in, generally, Francesca stayed with the dramatic interpretation events. Through dramatic interpretation, she was able to explore poetry and all of its different aspects. In the upcoming competition, she will be participating in broadcasting.

“Not many people know about [Forensics] Club,” Francesca said. “It’s taught me how to express myself better. I think it’s made me a better presenter overall because you learn how to express yourself in different ways, how to express your emotions, and how to control how you speak and what you say. That’s just a really useful tool to have as you go through college and go through life.”

Along with Forensics, Francesca expresses herself through theater. Partaking in school theater during her freshman and sophomore year, Francesca had to quit because of her countless other commitments. Since, she’s been trying out for community theater shows at theaters such as the Grand Rapids Civic Theater and Circle Theater.

Though success can be extremely difficult in the industry, Francesca got called back for a Chorus Line production last year, as well as for Shrek this year. However, her greatest achievement took place when she was cast in the product of Snow White at the Circle Theater as the role of the narrator for an upcoming show.

“I really like theater, and I guess that’s one of the things that stayed constant [in high school],” Francesca said. “It’s weird because the talent in Grand Rapids is unbelievable, and everyone is so good. Just getting called back is awesome. It’s just one of my passions, and it’s something that I love. I love performing. I’ve always been a very theatrical person. I think it’s so fun to work with the cast on a production and just grow as a team. You sort of get to become another person and share [that] story with other people. I just love that effect, like whenever you go to a show, everyone just gets captured in the story. To help give them that break from life is awesome.”

Through Model UN, Forensics, and Theater, Francesca has found more than enough ways to express herself emotionally. FHC’s visual unit of the band, Colorguard, has become her way to express herself physically. Taking part in the activity since her junior year, Colorguard quickly made itself into a big component of Francesca’s everyday life.

“In the past, there’s been a big divide by grades,” Francesca said. “This year, as a captain, I worked really hard to make sure that everyone felt included because that’s what’s the most important. It’s really stressful, and a lot of people don’t recognize that. It’s stressful because you have to be exactly on time with each other. Everything [has to be] in sync and absolutely perfect. Making sure that you’re having fun and just talking and connecting with other girls on the team is something that I really liked this year.”

As she prepares to wrap up her high school experience and open the doors to her new college life, Francesca has many important decisions to make. Her commitment to academic excellence and many activities have rendered her accepted to all of the schools she applied to, with the exception of one university that she is still waiting on. As of right now, Francesca sees herself most likely attending the University of Michigan’s College of Engineering to study Mechanical Engineering.

“I’m still not sure if engineering is the way that I want to go, seeing that I have a lot of passions elsewhere,” Francesca said. “I know for sure that I want to be a lawyer, and you can get there by any path that you take. I think engineering would be really cool and fun; I love physics. It’s just exciting seeing where life takes me.”

No matter where she goes or which path she ends up taking, Francesca’s experiences in Forest Hills and countless pursuits have built her up into the talented person that she is today. In the future, these newfound skills and strengths will allow her to be successful in whatever she pursues.

“I’ve grown a lot more in self-confidence,” Francesca said. “At our school, we have a very competitive nature. If you’re in the top classes, everyone is striving for the 101s and that 4.0 GPA. If you don’t get that, it’s okay. It doesn’t mean you’re dumb. You’re doing fine in life. You’re going to go to college, and everything is okay.”