Netflix original Irreplaceable You is replaceable 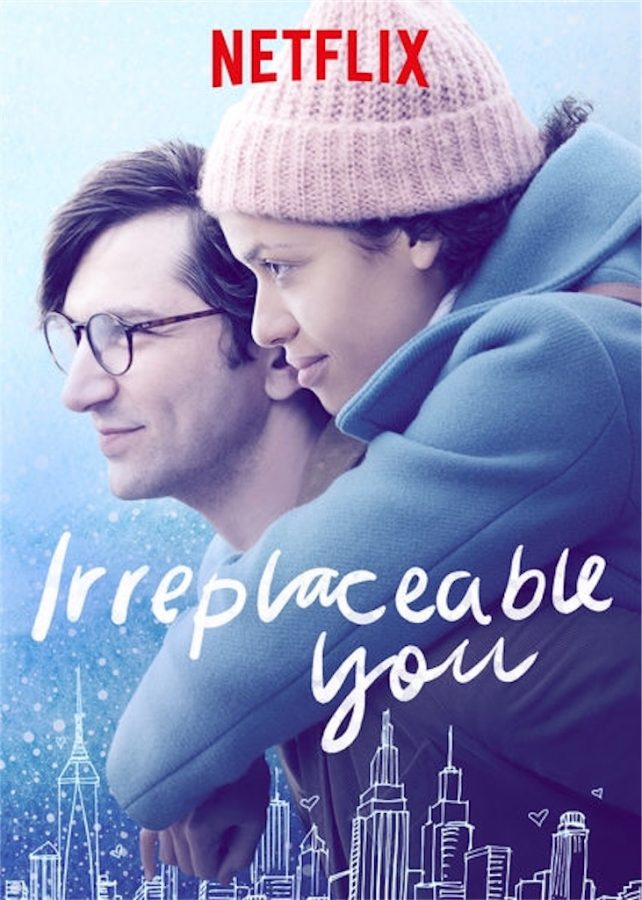 I wasted an hour and thirty-six minutes of my Sunday watching new Netflix arrival Irreplaceable You. If you hate cliche, average terminal romance movies, I don’t suggest wasting your time watching the Netflix original.

The film centers around Abbie(Gugu Mbatha-Raw) and Sam(Michiel Huisman), an inseparable couple since they were young kids. Abbie, an incessant planner, has been arranging every detail of their future for years– even the proposal. The freshly engaged couple embark on a new journey together with what they think is a child on the way, but it turns out it’s a cancerous tumor embedded in her stomach. Plans for a future together swiftly shift to imagining life without each other; the engagement and pregnancy plans are down the drain along with any hope for a cure.

The viewer knows Abbie won’t make it in the first minute of the film because Sam is shown laying flowers on her grave with a cringe-inducing solemn look on his face. The layout of the film seems heartbreaking, but the actors and the script lack any emotion that goes along with such a sad plot. From finding out that Abbie has cancer to the actual scene where she passes away, I found the entire movie to be missing any tragic elements.

As I mentioned, Abbie is a planner. Her father even mentioned that she is very Type A, so naturally, she wants to control as much of the cancer as she can. She begins to seek out potential girlfriends to take care of Sam when Abbie isn’t around anymore, which is a really weird idea. Abbie brings a reluctant Sam to an art gallery where he can meet a prospective girlfriend, but he obviously doesn’t want to think about living life without Abbie. Sam does warm to the idea, though, and takes a liking to a hipster cafe worker and artist– which irritated Abbie. That confused me. Abbie, as a character, is very flawed; she wants Sam to live a fulfilled life without her but gets irritated when Sam finds someone he can see a future with. Cancer continues to eat away parts of Abbie and she eventually reaches a breaking point where she doesn’t want to see Sam anymore and tries to end the relationship before she gets any worse.

The writers’ attempt was to incorporate humor into the traumatic parts of the film, but the effect was hearing laughter at a funeral: unnecessary and not the time. That paired with the mediocre acting and confusing plot made for a highly irritating film. Sometimes, I got bored and noticed details of my laptop I haven’t noticed before, and other times I was wondering what the producers and writers were thinking. I expected to shed at least a few tears because of such a heartbreaking story, but the actors made it impossible for me to feel any remorse.

The most irritating aspect of the movie was Abbie’s death. I didn’t even know it happened. Sometime before she died, Sam proposed to Abbie and they planned a home wedding with their friends and family. The camera shows Abbie laying on the couch asleep and then a montage of the wedding dress, presents, cake, and Sam happily entertaining his guests without Abbie. At that point, I figured Abbie probably died and my assumption was confirmed when Sam read a cliche letter out loud from the late Abbie. Her death wasn’t tragic at all, it was abrupt and oddly timed.

Overall, I hated Irreplaceable You. It was terrible. I don’t recommend it if you’re looking for a tear-jerking, heartwarming film about love defying cancer, or really at all.