Social protest vs. propaganda: what’s effective and why commentary is necessary 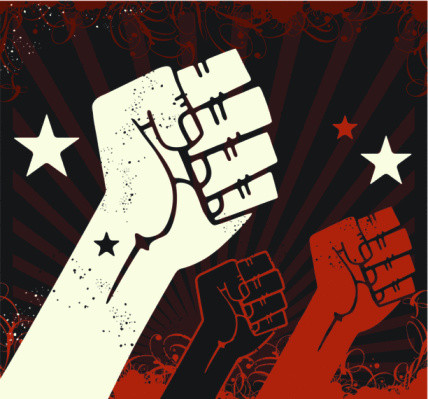 Throughout my time as a high-school student, each of my English courses have featured novels, poems, short stories, and articles written in response to social and political happenings of the time. Typically, they can be sorted into two categories: protest or propaganda, propaganda being a tool used to publicize a certain view or issue. In literature particularly, there tends to be a suggested plan to solve the problem, whereas social protest walks the fine line between bringing attention to a problem and making strides to solve it. While both are effective means of discussing an issue, in my opinion, one makes more progress within a community compared to the other.

Social protest pieces, specifically novels, follow a character through a plotline just as any other story. However, characters will grapple with the hardships the author is targeting, which are challenges that aline with those of the current time and place. By expressing these issues through the tale of a relatable character in believable situations, the reader is able to easily emote and recognize the challenges faced by a given character.

Many examples of effective social protest can be found in literature, especially the classics read in most English classes. Just recently, my English class has read Cry, The Beloved Country, a novel following an African American man and the struggles he and those around him faced in 1948 South Africa. While the author, Alan Paton, did not specifically delineate the racism one would encounter during that period, it was quite apparent that Paton was targeting the newly-institutionalized racism across the country.

Regardless of whichever form of commentary is most effective, both are necessary in order to provide insight on parts of society that not everyone is familiar with. Often those not directly involved ing an issue will overlook the actual consequences of a situation simply because it is not their problem. Social and political writing is so vital because it displays how detrimental the effects of a problem actually are, thus fomenting change. Without it, issues that require immediate action would not receive attention until much later, causing more unnecessary suffering solely due to the ignorance of society.

It is not the fault of society that there are places across the globe ridden with struggles. Utopian environments cannot exist because of their unrealistic nature. The fault lies when there is no action taken to fix the most pressing challenges. That’s where the importance of commentary pieces come into play; without them, many issues would go unnoticed with many also left unsolved. So it may seem that reading yet another novel in English is unnecessary, yet it is the commentary pieces that shine a light on an issue to incite change.