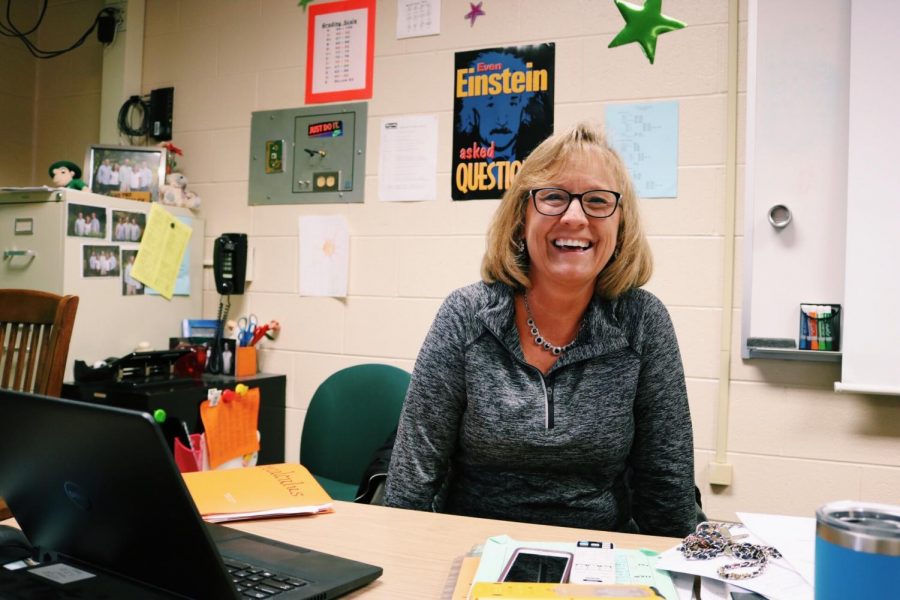 “I’ve taught at FHC for 27 years, and I taught at a Detroit public school for a year and a half. I could write a book about my time teaching in Detroit! There was a drive-by shooting, and I didn’t know what it was. We had a fire drill and all went outside. I heard some pops, and then everyone around me was on the ground except me. I was like, ‘What was that?’ It was so different than it is here. We had metal detectors that we had to walk through, and there were police people in the building. I felt sorry for the kids, but we had a lot of good conversations still. The kids would ask me all the time, saying, ‘You could make so much more money selling drugs, why do you teach?’ I felt like when they were there, I could touch their lives a little. But one of the bad things was that I had over 40 students in my classes, and only seven would come per day but never the same seven. It was also very frustrating because there was never a real curriculum. It was hard for me to understand them, just as it was hard for them to understand me. Even though, I had lived there; I thought I knew it all, but I really didn’t.

My goal was to save the world. I was just going to make everyone a good math student, and you know what, when I walked out of there, I realized that it’s not really important to some kids. The administrators were scary sometimes because they just had no control over anything. That was 27 years ago, so I can only imagine what it’s like now.

Then I came to FHC, and it was like one of those schools you read about in textbooks. I had a say and small classes, and the students were so hardworking and respectful. It was a really nice breath of fresh air.”