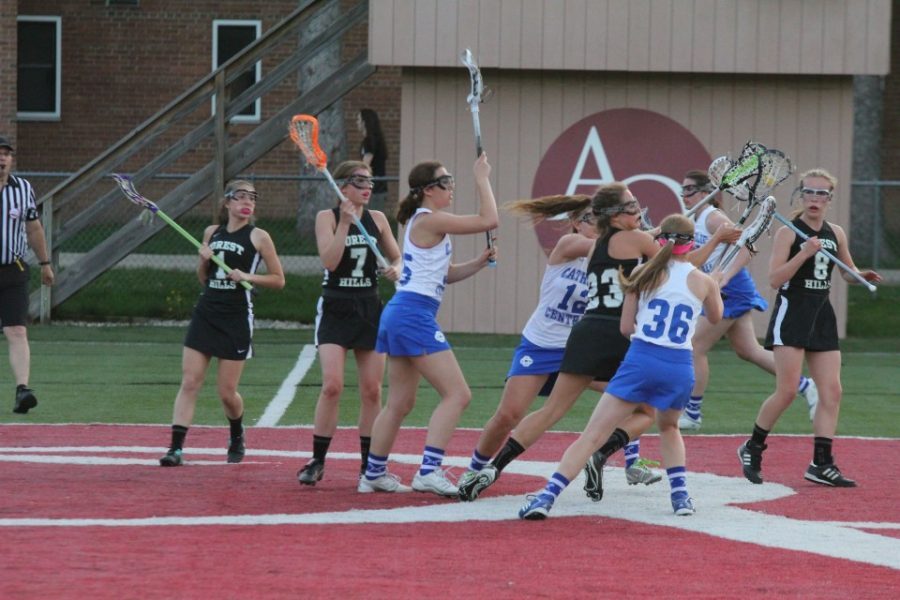 After a loss to Rockford last year to go to the state semifinals, the Forest Hills girls lacrosse team looks to avenge themselves after last year’s heartbreaker against the Rams. The team this year will look to be strong both offensively and defensively, led by juniors Molly Mullet and Erin Kloostra. Another key contributor will be senior Kelli Bailey, who provides experience with most of the players playing their first varsity season. The goal for the team this year will be to win the State Championship, as they were so close to achieving that goal last year.

The schedule for Forest Hills is highlighted by a big road matchup against Dewitt and a home match against rival East Grand Rapids. These two games could be very big momentum boosters for the team, as they late head into midseason showdowns against Catholic Central and Rockford.

Rockford will be a target for Forest Hills this season, as the team looks to get some revenge on the Rams after last year’s playoff loss.

“We were hoping we would beat Rockford in the semifinals last year,” said senior Anna Tomsheck. “We’ve gotten stuck in that spot for a few years, but we have a lot of seniors and talented this year so I think we can make a championship run. “