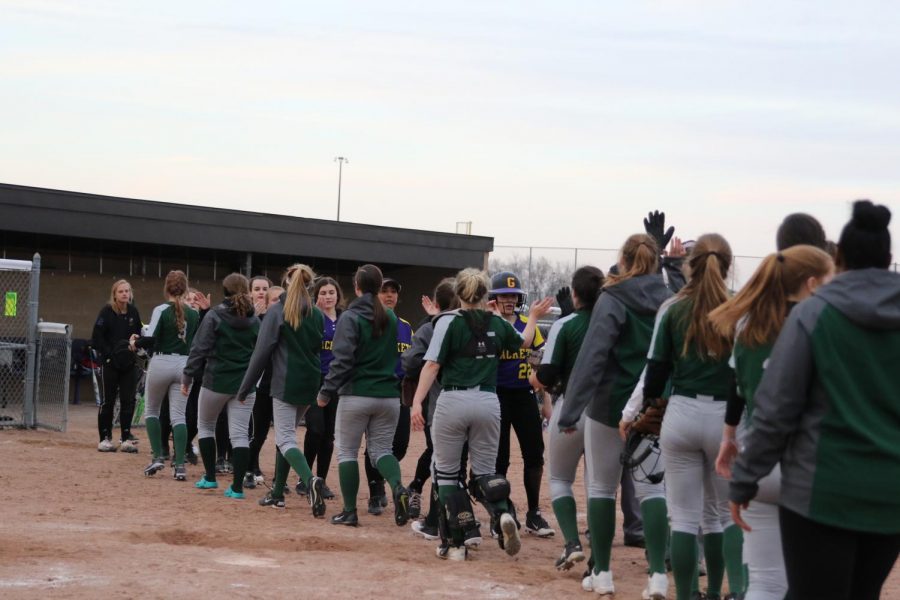 The varsity softball team picked up big wins over the Yellow Jackets of Greenville Wednesday night on the road. In game one, FHC was fueled behind the pitching performance of senior Hannah Miller to a 14-0 win. The offense then picked up even more in the second game to push them over the mercy rule for their second win of the night.

It only took FHC two batters to score the first run of their young season, as junior Molly Donovan got hit by a pitch, quickly followed by a Maizey Szczepanek double to score Molly from first. The Rangers took three in the first to bury Greenville early.

From there, they never looked back as the piled on 11 more runs in just four innings, forcing Greenville into the mercy rule.

Hannah went five strong innings, giving up just one hit and striking out 11. She also went 3-4 at the plate with a double and a pair of runs.

Game two was more of the same on the offensive end, as FHC was led yet again by junior Valerie Nuffer who finished the day 4-8 with 2 doubles, 3 RBIs, and a three-run double in the first game. FHC jumped out in the first inning with five and scored five more in both the second and fifth innings.

Junior Molly Donovan finished 3-4 on the day with a double, 3 RBIs, 2 runs, a walk and a hit-by-pitch.

Behind outstanding pitching performances along with huge days at the plate, FHC was able to improve to 2-0 (2-0) on the year and looks ahead to one more game against Greenville at home on Friday.