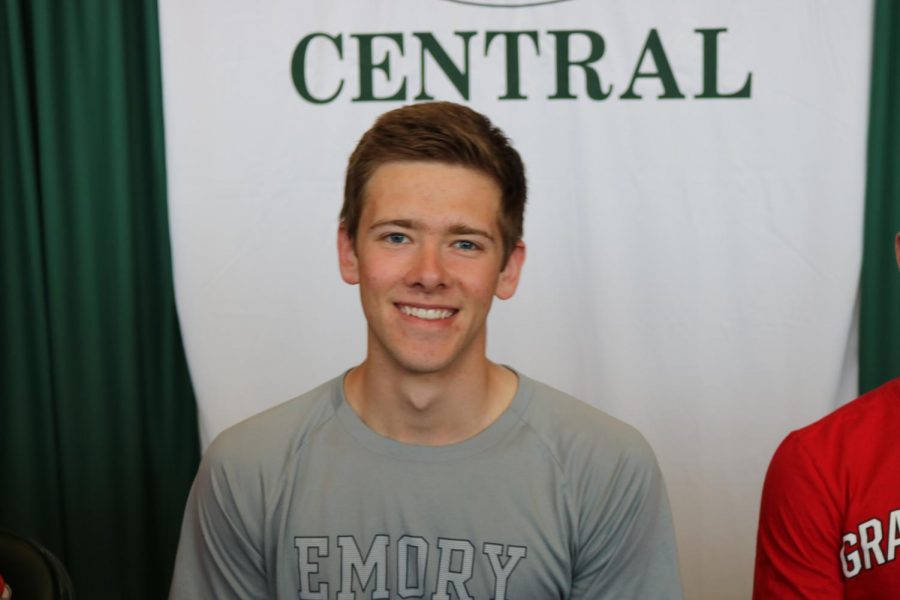 Why did you choose Emory as your final destination?

Emory had everything for me. First, their academic program, especially for science, is one of the best programs in the nation. Secondly, their tennis program year after year has been top 5 for a long while and recently had been gaining ground with reaching #1 and #2 in the nation in previous years. Third, they offer Freshman to research in labs and work with professors which is very important to a college career. And lastly, the community and the people in Emory and in Atlanta are the nicest people you will ever meet. Everyone is so kind and open and that is very important when choosing a college as well.

What was the turning point that made you want to play tennis in college?

Like anybody who has played a sport when they are young, they dream of becoming a professional and making millions, but unfortunately, that dream becomes, more or less, lost as you progress. But, I still wanted to have a goal for myself, and that goal was to play in college. D1, D2, D3 a�� it didn’t really matter, I just wanted to play in college and I decided that when I started to work and practice harder around the age of 10 or 11.

What is your favorite moment from tennis career?

Winning states in high school was one of my biggest goals I had since freshman year of high school. Achieving that was one of my favorite memories from my tennis career because it was a culmination of all four years of high school and practice that helped me finally achieve a four-year goal of mine.

What is your biggest goal once you get to Emory?

I would love to be on a team where we would bring back the D3 NCAA championship trophy to Atlanta, Georgia; that would be an even bigger accomplishment than high school tennis by far, and why not shoot high?

Describe your journey from early tennis experiences to now.