Aquilo introduces a new, brighter sound with EP, ii (Side A) 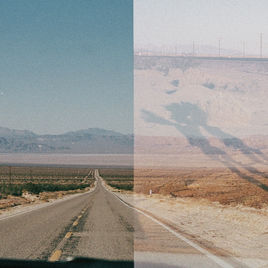 Since the British duo first captured my attention with their debut album Silhouettes, I have watched Aquilo’s every move and followed every single release as I patiently waited for another album.

So excitement is a rather tame word to describe my reaction upon hearing the announcement for the pair’s sophomore album, ii. And the two so graciously dropped an EP, ii (Side A), along with two singles to appease their few but eager fans until the much-awaited release of the album on May 4.

The EP, said to be the first half of the album, is comprised of five brand new songs. Right off the bat, this new era of Aquilo music feels different from Silhouettes. It feels noticeably brighter in sound while still retaining that signature ethereal, melancholy sound.

“Thin,” for example, serves as the biggest indicator of this transformation in Aquilo’s sound. The track begins calmly, backed by Higham’s fluid vocals, with an instrumental emphasis on the strums of a guitar– an instrument not usually used so prominently in Aquilo’s music. The song progresses, soaring into an upbeat instrumental interlude. The singing picks back up, but the song doesn’t end without returning to that bright, catchy chord progression.

Next comes “Ghost,” which feels almost like a more calm, soothing version of “Thin,” beginning with a relaxing acoustic sound and then midway taking a turn with a chorus that perfectly encapsulates Higham’s wistful voice.

The last two tracks, “Six Feet Over Ground” and “Who Are You,” are a bit more somber than the rest of the EP. “Six Feet Over Ground,” however, is the track that is most reminiscent of Silhouettes. Musically, it relies heavily on piano, similar to a lot of the music on Silhouettes. Moreover, it captures a haunting sound that characterized that first album. While this song sticks out from the rest of the EP, I appreciate Aquilo’s commitment to their roots. “Who Are You” is another piano-based track, but builds on that foundation to create a more instrumentally diverse track than “Six Feet Over Ground.”

In addition to the EP, Aquilo has also released “Seagull” and “Silent Movies” as singles. Like most of the EP, these two songs exemplify Aquilo’s new appreciation for a more acoustic sound. Both songs, especially “Silent Movies,” somehow project an inherently sad tone through the mask of a catchy, acoustic sound.

This new development in Aquilo’s sound was unexpected but has certainly proven to be successful. With ii (Side A) playing on repeat on my phone, my anticipation for May 4 has all but doubled. But beyond that, I cannot wait to see how Aquilo will continue to evolve their music. Regardless of what is to come, I will surely be there to witness the rest of Aquilo’s musical journey.