Jillian Chamberlain has a future in sign language interpretation 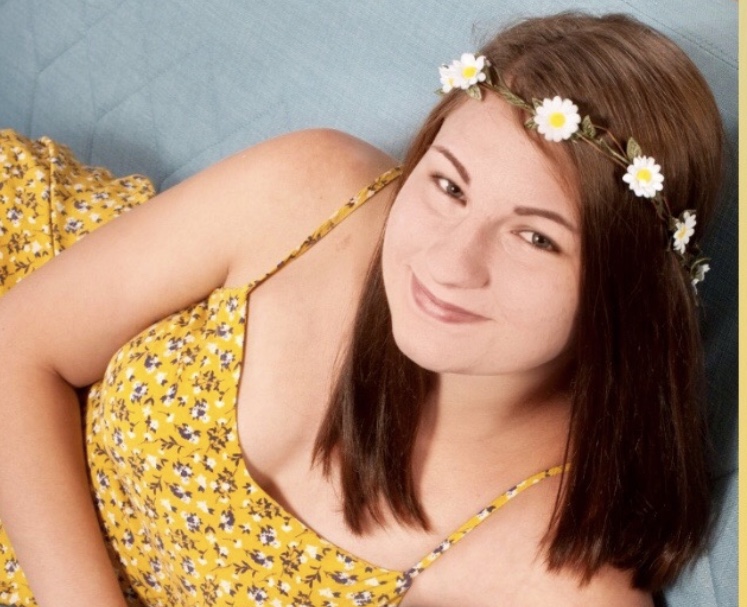 When senior Jillian Chamberlain was a middle schooler and randomly picked up a new interest, little did she know, this new “hobby” would eventually become her entire life. Humbly self-teaching herself sign language before she was even in high school, Jillian has flourished in American Sign Language (ASL) over the past four years and is now on track to become a registered sign language interpreter for the rest of her life.

“[In middle school,] I started watching a YouTube channel that taught you a little bit every day,” Jillian said. “Then [during] my freshman year, I started the class and immediately fell in love. Within a year of taking the language, I figured out I was actually really good at it, and it just came very naturally to me. I just kept researching about the language, which led to looking as far as jobs for ASL in just my freshman year.”

Though there have been many influential people guiding her towards ASL and helping her advance through the program, sign language teacher Kimberly Anderson took notice of Jillian’s passion from the very first day. Through out-of-school opportunities, Jillian’s sign language ability has truly been taken to the next level.

“Ms. Williamson, now Mrs. Anderson, has always been sort of a mentor to me,” Jillian said. “I remember telling her how interested I was in ASL during my freshman year, and that just kind of started our bond. She would invite me to volunteering opportunities like signing the national anthem at a Griffins game, signing at the basketball games, and volunteering to teach others outside of the school, as well as tutor those who needed it in school.”

Because of her devoted passion to sign language and all the opportunities that have come with it, Jillian has grown an incredible amount since beginning the program nearly four years ago. Along with discovering the path she was destined to take in life, Jillian has become far more assertive and self-assured. Additionally, her love for sign language has only grown, and she’s overcome the difficulties associated with the subject.

“I love how visual the language is,” Jillian said. “It’s beautiful. It’s so much fun, and the language comes very naturally to me, [especially] using so much expression while signing. People find it very uncomfortable at first, but it has definitely brought me out of my shell.”

Since getting involved with sign language, Jillian has taken on many opportunities to better her sign language skills, including interpreting the FHC musical for the entire audience. Most notably, along with her sign language class, she interpreted the national anthem at several Grand Rapids Griffins games. Jillian also assisted Williamson in tutoring students and senior citizens at the Grand Rapids community center.

Another substantial aspect of Jillian’s life is her job at Leo’s on Cascade Road. An extremely dedicated employee, Jillian often works upwards of five days a week for four or five hours for each shift. As an experienced server, her job includes serving customers assigned to her, and with such a busy schedule, her job has been very influential in her life.

“Working, especially with my previous boss, has definitely given me tougher skin,” Jillian said. “When I first started out, I would actually cry if I was told I did something wrong. Three years later, I laugh at my past self, and I’m like a whole new person.”

Some shifts at work can get very chaotic for Jillian and her coworkers, with a packed restaurant and half a dozen servers to run everything. While serving can be a challenge and having such an intense job may be overwhelming for some, Jillian finds peace in the fast-paced motion that constantly surrounds her. Additionally, the countless lessons learned and new relationships created have made her job more than worth it.

“I’m very motivated by money,” Jillian said. “So the paycheck [really motivates me]; but also, the networking that comes with it. So many connections can be made just by interacting with someone and getting to know a customer or coworker more than the bare minimum. With as many customers as I see every day, it’s really taught me a lot about people.”

With dozens of customers served every day, working has taught Jillian so much about the real world and the people in it. From people with good stories, to strange customers, to patrons with a genuine smile and kind persona, her job as a server has opened her eyes to the diversity of the world. Among one of the greatest moments for her was her ability to improve her sign language skills in a real-life setting.

“[It’s inspiring] whenever I’m out in public, and I interact with a deaf person,” Jillian said. “For example, at work, if I take someone’s order and realize they’re deaf, I can use sign language. One time, when I knew for sure a customer was deaf, I just started signing to him and taking his order. I have never seen anyone so happy just to know and appreciate his culture. I hope interpreting brings me that feeling every day.

Next fall, Jillian will be attending Lansing Community College (LCC) because of their superb sign language program, as well as the added convenience of being only one hour away. Jillian also has family that lives on campus, and LCC will be very cost effective, allowing her to achieve her desired degree and graduate with less debt.

LCC has a three-year sign language interpretation program, but Jillian hopes to test out of courses and achieve her degree quicker. After passing her Registry for Interpreters of the Deaf test, she’ll be completely qualified to apply for an interpretation job or enroll through Siena Heights University to be certified anywhere in the country.

“I’m really just excited to start my life,” Jillian said. “Even though I’m pretty set on interpreting, I don’t know where it will take me or where I’ll end up. So, I’m excited to see how life plays out for me.”