Zesty Gyros brings customers across lands to the Mediterranean 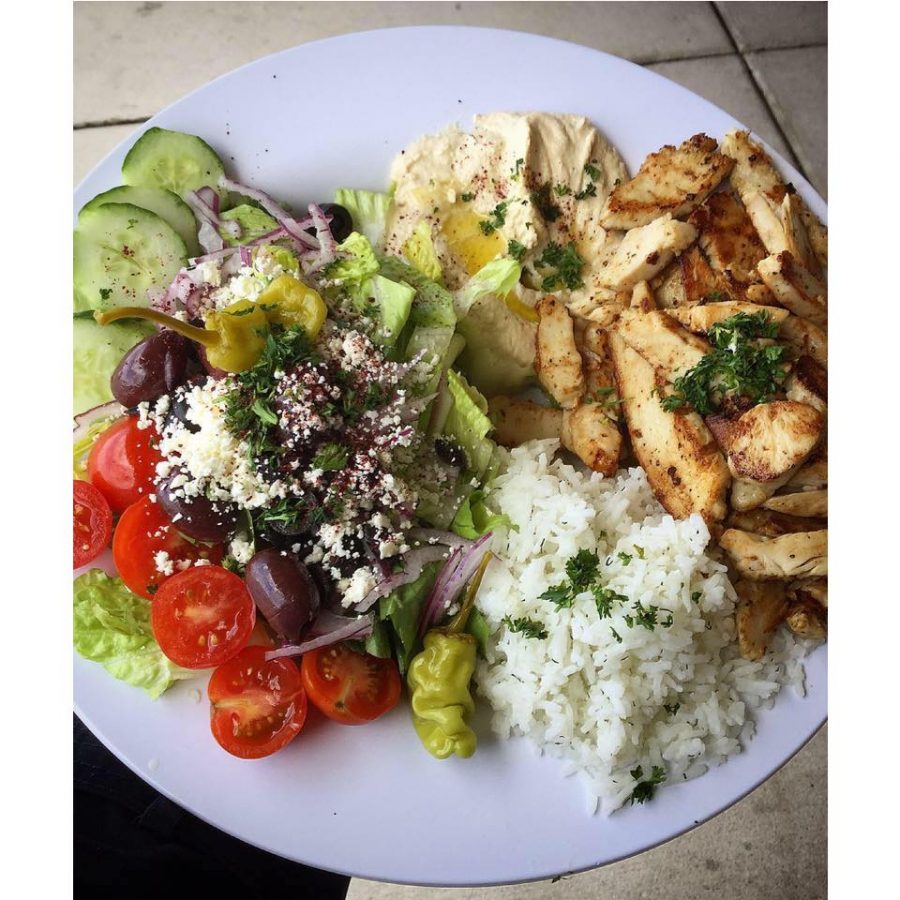 As a child, the most common sickness I fell ill with was not the flu; rather, it was “wanderlust,” or the overwhelming desire to travel.

My days were constantly plagued with dreams of traveling to the Mediterranean. I pictured cultures one could only imagine: beautiful and ever-changing landscapes, mouth-watering food, and friendly people.

I thought it would take me years and years of schooling to achieve this dream, but I was most fortunately proven wrong by something so near to my own home.

The story begins many years ago. One fateful evening, my dad and I were racking our brains to find a spot for dinner.

We were on East Beltline, and we happened to pass a small- but developing- plaza. Upon further inspection, we pinpointed one shop and saw the words “Zesty Gyros” spelled out in neon green font.

My dad and I have been fans of gyros for as long as I can remember, but we’ve always yearned to find “the place” to eat them.

Prior to our life-changing discovery, our gyros had always lacked some crucial element– whether it be the atmosphere of the store, the heartiness of the employees, or the passion behind the food.

We longed for our meals to transport us to the streets of Jerusalem; we wanted each bite to bring us to Greece’s coastline along the Aegean Sea.

Our wanderlust fueled the search for the best Mediterranean food, and I couldn’t be happier that it landed our search on the doorstep of Zesty Gyros. As soon as I opened the glass doors on that first night, I knew it wouldn’t be the last.

We were greeted by an extremely sweet woman who introduced us to the menu. Patiently, she explained each item in detail, giving every meal a raving review. Faced with boundless choices, we decided to go the classic route: plain old gyros.

The woman’s family members also worked in the store, and each one was kinder than the next. By the time we finished meeting her husband and her daughter, the store had filled with smiles and chatter. Every personality was charismatic– as if they were guiding us through the mountains of Greece themselves.

Before long, our first classic Zesty Gyros were brought out to our table. My dad and I were shocked by the generous portions of meat, as well as the liberal slathering of tzatziki sauce. Like Pavlov’s famed dog, my mouth was already watering at the thought of the meal.

The first bite was everything I had hoped for and more. Not only were we immediately placed on a flight to Athens, we were given the full tour around the Mediterranean.

We were just getting started.

As we moved from country to country on the coastline, our wanderlust was slowly- but surely- satisfied. Halfway through eating the gyro, I felt as though we had just bathed in the Dead Sea and soaked in each grain of culture.

By the time we finished the entire gyro, we had seen the Giza Pyramids of Egypt. The streets of Cairo beckoned us, and we decided to order more food.

The food-induced travel experience was too good to end so soon. Thus, my dad and I bought Zesty Gyros’ specialty baklava, and it was the perfect end to the tour.

As predicted, we were back soon.

Every trip after that first one was a new experience. Like the wide variety of Mediterranean countries, Zesty Gyros’ menu offered something previously untasted each time.

From chicken shawarma to quintessential Greek salads, we navigated every recipe imaginable. Each meal was accompanied by a side of pita and hummus– the staples. Of course, we also plowed through their falafel platters and spinach pies on multiple occasions.

Year after year, Zesty Gyros had my dad and me coming back. The trusty service never wavered in excellence, and neither did the quality of the food. Every menu item was worth trying, and the humble abode of the shop never failed to woo and welcome us.

It is quite rare that a restaurant can bring the dinner of lands across the ocean, but this one sure does; truly, it quenches the thirst of even the most adventurous travel junkie.

While I’ll still be working toward a plane ticket to the real Mediterranean, my childhood wanderlust has been cured by Zesty Gyros for now.