Reena Mathews' a�?Popping the Bubblea�? is a series in which she covers some of the biggest news of the past two weeks. This weeka��s installment marks the sixteenth chapter of this biweekly series. 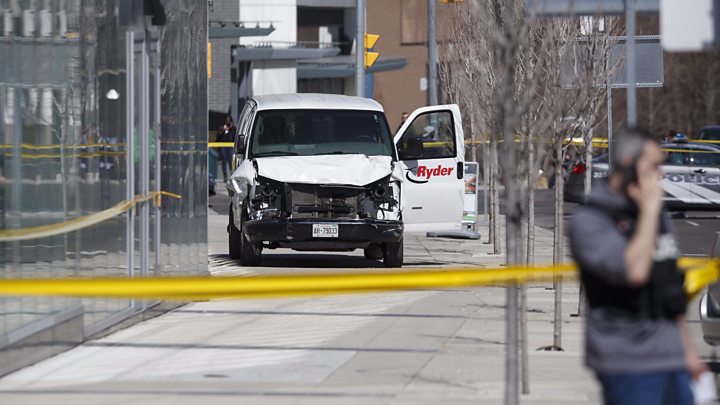 On Monday afternoon, a van came barrelling down a crowded street in Toronto. Reportedly, the van covered a mile to a mile and a half of ground, pummeling into pedestrians as bystanders watched in shocked horror.

The vehicle tore down the sidewalk, exploding the surrounding area into chaos. As of now, ten victims have been declared dead, while sixteen are left injured.

Authorities are saying the attack appeared to be deliberate, citing the van’s failure to swerve in any way when speeding down the sidewalk.

After concluding his ambush, the suspect sped away; seven minutes after the first 911 call, police arrested him.

In the aftermath, civilians and law enforcement alike have been unearthing disturbing messages from the suspect’s social media. In fact, hours before his attack, the suspect praised the actions of one of his vehicular-murder predecessors, who killed six in 2014 via a driving/shooting/stabbing attack.

Nonetheless, Canadian police have expressed confidence that this attack is not a threat to the country’s security, nor do they currently believe this attack was terrorism. They are continuing to look into the suspect, who was not previously known to police.

In court yesterday, the driver was charged with ten counts of 1st-degree murder and 13 counts of attempted murder. He will appear in court next on May 10.

This past weekend, Tennessee became the newest victim of senseless gun violence.

At a local Waffle House, a man entered around three in the morning and opened fire with a semiautomatic rifle. Outside of the restaurant, the suspect’s hail of gunfire claimed the lives of two; within the restaurant, the man took another two lives. Four others were injured; two are currently in stable condition.

But these victim counts are lower than they would’ve been had it not been for heroic bystander James Shaw Jr. The unarmed man fled to a hallway while on the way to the restaurant’s bathroom upon hearing gunshots, where he reportedly was injured by a bullet graze. He carefully listened for a lull in the gunshots; when there was finally a pause in gunfire, Shaw sprung at the opportunity, tackling the shooter and wrenching the gun away, burning himself in the altercation with the hot gun barrel.

After being disarmed, the shooter fled to the streets. He removed his jacket, returned to his apartment, and changed clothing. Hours later, authorities found and arrested the suspect.

What authorities know about the suspect is that he is from Illinois, where local authorities are familiar with him. His family has been worried as he has been having concerning delusions for an extended period of time such as believing Taylor Swift was stalking him.

Federal authorities are also familiar with him, as he trespassed a restricted area near the White House last year. After the Secret Service collected him, he was reportedly adamant about needing to speak with the president.

After all this contact with the law, he was said to be interviewed by the FBI in Illinois. Local law enforcement also seized his firearm authorization. The suspect then voluntarily relinquished four weapons, which were given to his father. But reports say that the father ended up returning those weapons to his son.

How such a vast lapse in our law enforcements’ diligence could occur, I do not know. We can only be thankful for heroes like James Shaw Jr. His courage and subsequent humility serve as an admirable example and beacon of light as we grieve the loss of even more lives horrifically taken by gun violence.

While Nicaraguans have been disgruntled with the state of their leadership and country for a while now, protests erupted this past week upon changes made to the INSS (the Nicaraguan equivalent of Social Security).

Last Wednesday, President Daniel Ortega announced a plan to help earn more money for the INSS. Basically, individuals paying into their pension would now have to pay 7% of their pay rather than the previous 6.25%. Employers would now pay 22.5% versus 19%. Finally, retired individuals would now be taxed 5% on their pension.

This decision infuriated Nicaraguans. Citizens of all walks of life streamed onto the streets to express their opinions. While these protests began peacefully, violence soon erupted– from police. Despite the protests being mostly peaceful, police arrived armed with tear gas, rubber ammunition, and even live ammunition. The crowds retaliated with rocks, homemade mortars, and looting. And unfortunately, lives have been lost in the conflict. Numbers are not definite, but reportedly, between eight and thirty are dead. The large majority of those killed are protesters, though some are police.

The violence heightened to such a concerning point that even Pope Francis has made a statement about resolving the fighting. However, President Ortega has shown minimal sympathy. On Sunday, he blamed right-wing forces for the protesters’ actions, who he called delinquents and gang members. Nevertheless, Ortega still revoked the INSS plan that started all the chaos in the first place. Instead, Ortega plans to discuss with private sector employees about INSS changes.

But even with the plan revoked, the protests raged on. Nicaraguans’ voices had been awaked, and they were not ready to be silenced once more. COSEP, a business lobby Ortega wants to negotiate with, announced that they will not cooperate until police repression ends and freedom of expression is restored. Student groups have also been demanding a return of constitutional rule and Ortega’s removal.

In short, Monday marked Nicaragua’s largest protest since 2007. There is no denying that massive of a movement, and how that force affects Nicaragua will be interesting to see.