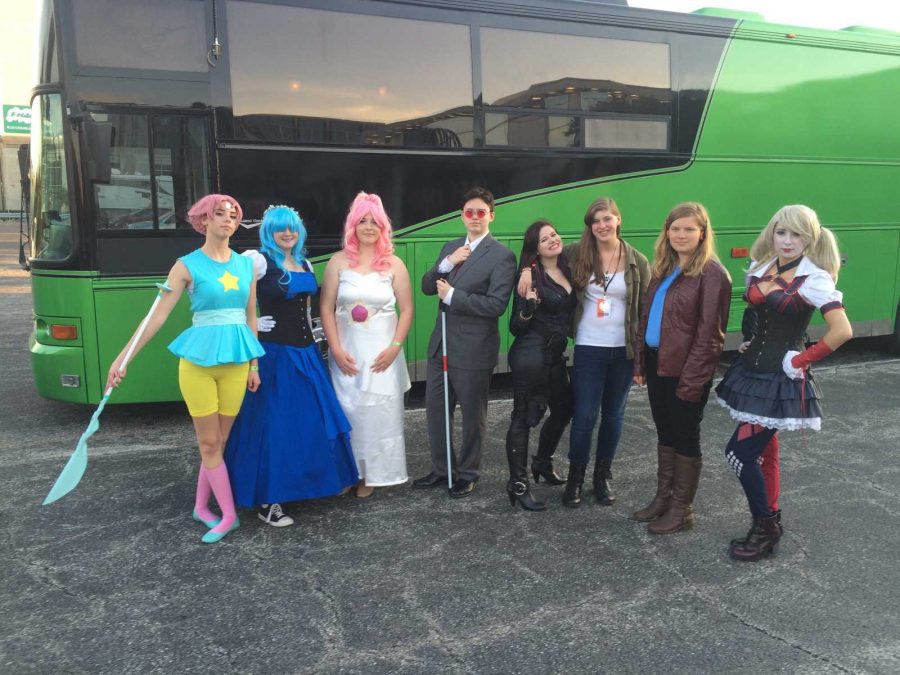 This past August, the parents of one of my close friends were extremely kind and offered to take seven of their daughter’s friends to Chicago for Wizard World Comic Con, as well as let us all spend two nights at their home.

Here’s the general rundown of what Wizard World Comic Con (or any convention) is: Fans of TV shows, movies, books, and comics gather together in one place to express their love for these forms of entertainment by dressing up as the characters or wearing t-shirts decorated with logos, and meet actors, authors, and creators involved in the making of these creations.

This year’s Wizard World was set to feature actors like Nathan Fillion, Stephen Amell, Jodie Sweetin, and many others.

To say that the whole group was ecstatic is an understatement. We were all practically bouncing with joy when the day finally came to meet up and start our adventure.

Upon arriving, I placed my things in my friend’s room and waited for the rest of the gang. Once we were all there, it became clear that there was one thing that we were all lacking and too polite to ask about.

Finally, one of us spoke up (though I don’t recall who) and asked our hostess about wifi. She told us that she could not give us the password because her parents didn’t want to use up all of their gigabytes, which was totally understandable.

But since we live in a world now where almost everything is based on an internet connection, especially in the lives of teenagers, this statement felt nearly disastrous. Two full days without internet? Whatever would we all do? Sure, everyone had their own data plans for their phones and such, but nobody wanted to use that all up, especially with such a big adventure to come the following day. We needed to make sure we would be able to contact each other easily if we got separated.

So thus began an adventure for us all that would have to remain mostly unplugged from the world. Some may think that our group went a little crazy without social media for two days, but, in fact, it turned out to be one of the best trips I’ve ever gone on with my friends.

The lack of being connected meant we had less time to worry about what picture we would be posting on Instagram and more time to do each other’s makeup. While the rest of our generation was busy trying to shrink down their latest tweet to 140 characters, my friends and I were laughing and catching up and sharing memories into the early morning hours.

When we all climbed into the RV at 7 AM for a three hour ride after a fun-filled all-nighter, we were all ready to hit the road. Half of the group climbed into the bunks to try and catch a few hours of sleep, while the rest of us started the process of getting our costumes on and doing winged liner and body paint. I spent the majority of the ride helping with zippers and makeup and playing games like The Seven Second Challenge. And I had a blast doing it. Without the need to pull out a phone and document the whole thing on Snapchat, I felt more involved in the moment with my best friends. The lack of having a screen was actually quite refreshing.

That isn’t to say that we went the entire trip without phones. We did take a few pictures here and there, especially when meeting celebrities, and we also played great music during the ride, but for the most part, we put the technology away. And I think because of that, this trip was more meaningful than I thought it would have ever been.

Technology should not be seen as a necessity to have directly at your side with every experience life throws your way. It is something we all think we need, something we’re glued to and absorbed in for a ridiculous amount of hours each and every day.

And we need to stop.

We need to stop spending so much time sucked into the tiny little computers that live in our pockets. I’m not saying put them down completely, because I myself that I do enjoy spending a fair amount of time on social media, and I am guilty of spending countless hours scrolling through hundreds of posts. But I am saying that we do need to think about when it is right and when it is necessary to be doing these things. We should be limiting the use of our phones. We should be spending less time looking at the world through a screen and spending more time watching what’s going on with our own eyes. Because when you compare Facebook, Twitter, Instagram, and Snapchat to this special thing called real life, reality will always come out on top.